Pakistan is heading for another phase of chaos as Canada-based preacher turned politician Tahirul Qadri arrived at Benazir Bhutto International Airport near Islamabad on Monday.

The authorities, fearing an escalation of unrest, diverted the commercial flight to the eastern city of Lahore.

In the last phase. the fire brand cleric and his supporters  brought Pakistan’s capital city to a standstill for four days. Now, almost 18 months later, the Islamic cleric Qadri, 63, landed in Pakistan from his adopted home in Canada to launch what he vows will be “Pakistan’s Arab Spring — a people’s revolution”. 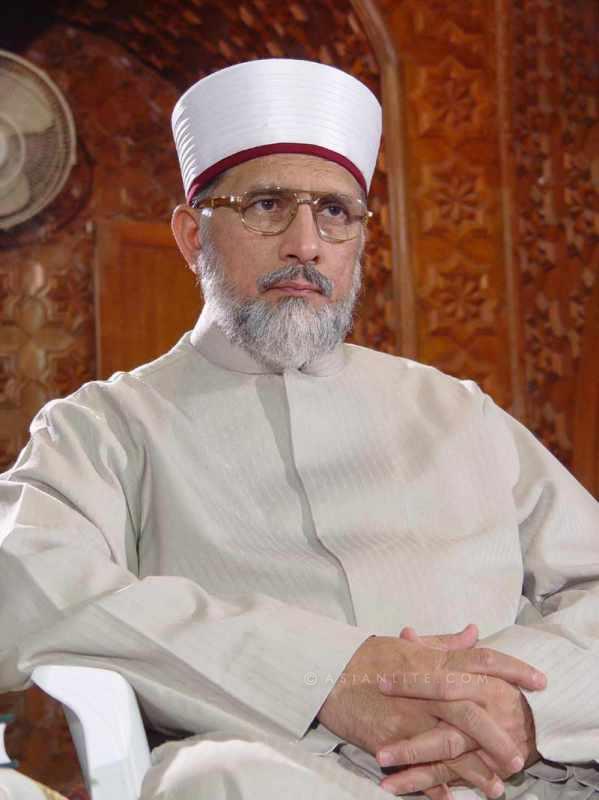 Others say his arrival is a ploy by the country’s powerful military to show the government of Nawaz Sharif, Pakistan’s prime minister, who is really in control, the Sunday Times reported.

“We want no corruption, we want no terrorism in our country,” Qadri said aboard the plane. “We want total transparency of institutions.”

Qadri’s sudden ascent to prominence has prompted speculation that the army, which ruled Pakistan for decades, may be using him as a proxy in efforts to sideline the civilian government.

His comeback comes at an uneasy time for Prime Minister Nawaz Sharif, whose civilian government has failed to engage Taleban militants in peace talks, prompting the army to launch a major offensive against the militants.

Even after the aircraft landed in Lahore, Qadri and his supporters refused to leave the plane for hours, demanding it fly back to Islamabad or for the army to send a representative to protect him.

He eventually disembarked and was escorted to his residence in Lahore, his main base in the country. Outside Lahore airport, about 1,000 supporters held a peaceful rally shouting “Long live Qadri”.

Qadri’s spokesman, Shahid Mursaleen, said he wanted to stage an Arab spring-style revolt and install a government that would enforce reform, tackle terrorism and improve accountability.

“He wants to bring a peaceful democratic revolution,” Mursaleen said. “He wants to topple the whole system.”

It is hard to estimate Qadri’s popularity in a country with few reliable opinion polls, but his sympathy for the army could catapult him to the centre of a brewing protest movement.

Discontent with the government is already high due to power shortages that have crippled the economy as well as a persistent Taleban insurgency which stages attacks around the country.

“I’m calling on people from across the country to come out and reject this corrupt and undemocratic government,” Qadri said. “People saw what we could do before. This time we will not stop until the government is removed.”

Qadri’s return comes at a sensitive time for Sharif’s government, which is at loggerheads with the military and has been forced to back an offensive against the Pakistan Taliban (TTP), with whom the prime minister has been trying to negotiate.

The army has long been critical of the government’s attempts to hold talks with the TTP, which is fighting to impose a sharia state and has killed thousands of Pakistanis.

The last straw was the takeover of Karachi airport two weeks ago by Uzbek militants working with the TTP in which 38 people were killed.

Described in his official biography as a “man of manifold and staggering achievements” and the author of 1,000 books, Qadri said the government had attacked his supporters to try to deter him from returning.

“They were terrified because they’ve seen the popular support I have in Pakistan and wanted to kill my son and family members, arrest our leadership and create such harassment that my tour would be cancelled and the movement flop,” he said.

“The only thing I want to do is change the conditions of the poor people of Pakistan. We don’t have any arms and on our side there will be no bloodshed. It will be like the Arab Spring.”