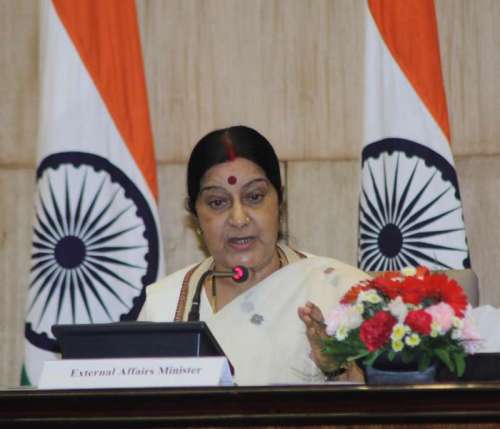 “There was an initiative from our side. The prime minister called Pakistan premier Nawaz Sharif at the swearing in,” Sushma Swaraj told the media here.

She said once it was decided that bilateral talks should begin, the foreign secretary telephoned and the date and venue for the talks was fixed.

“After this, they (the Pakistan side) meet Hurriyat leaders four days before the talks. Who spoilt it,” Sushma Swaraj, who is here for the UNGA session, asked.

She was commenting on remarks by Pakistan’s National Security and Foreign Affairs Adviser Sartaj Aziz who, referring to India cancelling the Aug 25 talks between the neighbours, said that talks between the two countries can happen only if New Delhi takes the initiative.

Sushma Swaraj said: “The new government has given a new indication”.