A recent survey by Gallup-Gilani Pakistan reveals that common Pakistanis are worried about price rise than Kashmir. The survey conducted in four provinces of Pakistan has found that 53 per cent of Pakistanis are worried about inflation and just 8 per cent considered Kashmir as the biggest issue of Pakistan. 23 per cent believe that unemployment was a major problem, while four per cent of the people identified corruption as the major problem. Instead of focussing on the domestic issues, the Pakistani government is trying to divert attention by using the Kashmir card. By doing so, they want to conceal the ground realities in the Pakistan occupied Kashmir. The human rights violations and atrocities taking place at the so called Azad Kashmir will shock the world.

Berlin Wall failed to separate two indigenous people to unite and work for common goals. Kashmiris suffering under Pak occupation will eventually break the barricades and become part of a thriving democracy like India. The abrogation of Article 370 followed by the blueprint for development will take Kashmir to the sphere of success. That will prompt people across the border to break their shackles to unite with their brethren. The unrest happening in the Pak occupied Kashmir is an indication of that right move.

The biggest apprehensions are that, as the normalcy slowly resumes in J&K, the Pakistani establishment will undertake desperate attempts to instigate instability in the region

Pakistan can’t hide the truth forever. The Pakistan government is trying to distract the world media attention away from the atrocities being inflicted upon the Kashmiri residents under its administration. They wanted to hide the massive protests in the Pakistan occupied Kashmir seeking freedom from Pakistani tyranny.

The protest was led by political parties under the All Independent Party Alliance in Muzaffarabad to observe October 22 as ‘Black Day’. On this day in 1947, Pakistani forces invaded Jammu & Kashmir. The protest became violent as the police started massive baton charge, tear gas and pellet firing, in which more than 80 people got injured. 2 civilians so far have succumbed to the injuries while others are battling for life.

The protest march demanding fundamental rights, which started from Hassan Khurshid Stadium and was headed for Assembly House, was stopped in front of ‘AJK’ University. A large number of women also participated in the protest. 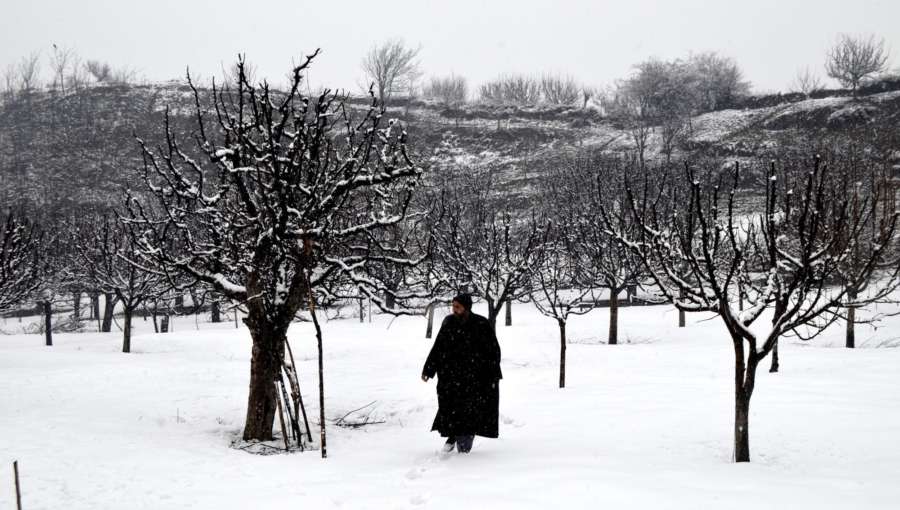 While the immediate trigger for the protest were longstanding lies of freedom Pakistan has been selling to the Kashmiri people, the underlying cause was suppression of human rights and exploitation of natural resources of the region. These protests are not an isolated event but only the latest in a series of protests. In this month alone, there have been several protests in the region. They are protesting against illegal tax collection; against incomplete projects; against land grabbing by Pak Army; against appointment of non-locals in judiciary and against non-local employees.

While the Pakistani establishment never intended to give complete freedom to Kashmiris, they also don’t want to formalise the region as part of Pakistan. For the Pakistan army, the status-quo is the most ideal situation, as it provides Pak Army a means to appreciate all resources in the name of Kashmiris. Therefore, the Army would remain averse to any lasting solution to the Kashmir problem.

This has been the biggest cause of anger for the Kashmiris in Pakistan as well as India. The Pak establishment does not want the situation to return to normalcy, and therefore, have been making desperate attempts to terrorise and threaten the Kashmiri people in the Indian part from resuming normal activities through terrorists. In last three weeks alone, there have been about 8-10 attempts, all targeting civilians who were trying to engage in the routine normal life.

The biggest apprehensions are that, as the normalcy slowly resumes in J&K, the Pakistani establishment will undertake desperate attempts to instigate instability in the region. But to the world, they will show atrocities are taking place at the other side of the fence. That is the image they want to showcase to the world.

It has become a new practice for Pakistan to stage tours of foreign diplomats following the destruction of their terror infrastructure by India. There is a pattern, depending upon the stage requirements; the visit is carried out between 12-24 hours after the event so as to desired projections are ensured.

What surpassed the deceit this time was, while the Pakistani side requested India for a ceasefire during the visit, they started shelling the civilian area in order to provoke India into retaliation during the visit. Apparently, Pakistan was secretly hoping for damage/loss of life of diplomats, just to highlight the story.

What a tragedy! A country which is under the grey list of FATF (Financial Action Task Force) can’t preach and the whole world is watching their moves.  It is high time for the men in uniform to wake up to the realities of modern world.