US Secretary of State Mike Pompeo will be unable to visit Sri Lanka as previously announced due to unavoidable scheduling conflicts, the US Embassy said in a statement here on Wednesday.

In the statement, the Embassy said Pompeo is scheduled to accompany US President Donald Trump to the G20 Summit in Japan which will be held on June 28-29, reports the Daily Mirror.

The Embassy said that Pompeo regretted that he was no longer able to visit Colombo this time.

“He hopes to travel to Sri Lanka at a later date to underscore our strong partnership with Sri Lanka, which is rooted in a commitment to democracy, economic growth and a free, open Indo-Pacific region.”

“The US remains committed to these objectives and looks forward to building on our longstanding partnership,” it said.

Pompeo is also scheduled to travel to India on June 25-26 ahead of the G20 Summit in Osaka later this month. 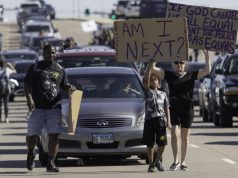