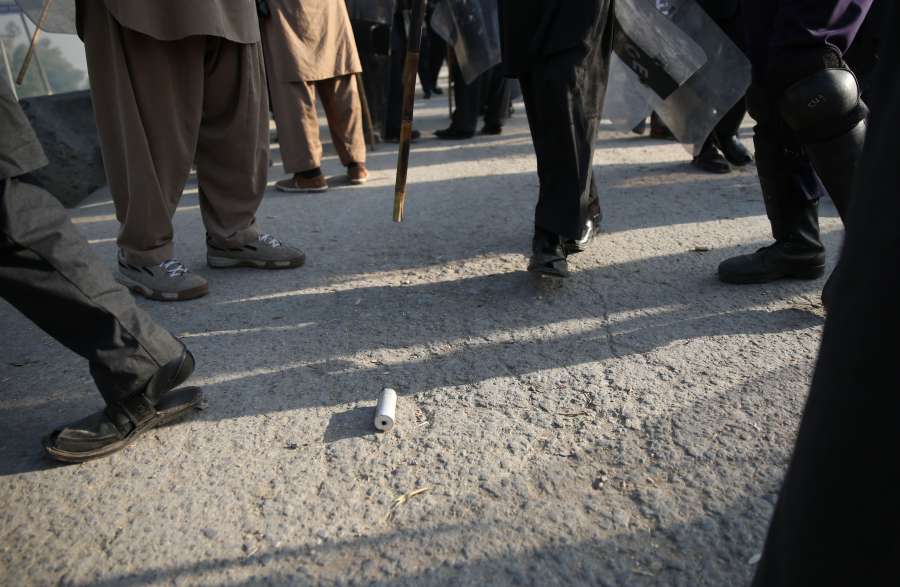 Bleaker future awaits Pak media as the country drifts deeper into the lap of China which disclaims democracy and favours authoritarian rule. The advertisers stop giving advertisements to newspapers and TV channels which incur the Army’s displeasure thus plunging them into a deep financial crisis which makes it impossible for them to pay workers their salaries. The Army can block any TV channel with its influences on TV operators….writes Irfan Ahmed Khan.

Journalists in Pakistan go scot free when they exercise their freedom dangerously but unprofessionally, but they face death threats for doing their processional duty honestly. For example, an anchor of Pakistan’s most popular TV channel Geo screamed during his programme in 2008 that Ahmediyas were Wajibul Qatal (deserve death). Within a few days 90 Ahmediyas were put to death in Lahore.  ‘No punishment’: Islamists warned agitated newspapers against over-reacting to this incident. But when an anchor of the same channel did his professional duty highlighting the human misery in Baluchistan despite the Army’s implied ban, anchor Hamid Mir was waylaid on road to the airport in Karachi and six bullets were pumped into his body on April 12, 2014. But he survived.

His younger brother Amir Mir announced on Geo TV that the attack was organised by ISI Chief Lt Gen Zahirul Islam.  The TV showed Islam’s picture also.  The Defence Ministry came into action at once. It told the Pakistan Electronic Media Regulatory Authority (PEMRA) to cancel Geo TV’s license for defaming the ISI. The Army was also angry with Prime Minister Nawaz Sharif visiting Hamid Mir who had recouping in a Karachi hospital and for announcing the reopening of journalist Salim Shahzad case who was brutally murdered allegedly by ISI men for revealing infiltration of Al Qaeda into the Army.

In 2014 it was the Geo TV coverage of Baluchistan that angered the Army/ISI.  Now Nawaz Sharif is disqualified to hold public office. No matter what the current Army Chief Gen Qamar Javed Bajwa may claim about the Army’s disinterest in politics, widespread public opinion in Pakistan is that the present political chaos in the country is the result of Army-higher judiciary machinations to achieve election result of their choice. The general elections may be held in July.

Two oldest newspapers of Pakistan – DAWN and JANG – were started in old Delhi’s Daryaganj to back Muslim League’s demand of Pakistan. After Pakistan was created they moved out to Karachi which became the new country’s national capital.  These two newspapers played an active role in the formative years of this country.  They and their post-partition offsprings are still the most trusted and respectable newspapers in and outside Pakistan.

The Jang group launched its English language edition ‘The News’ and in 2002 it started the Geo TV. The group shares the dilemma of other media houses in the country: how to be credible in the eyes of the public without courting Army’s and Islamic militants’ ire. Both the Mullahs and military have crude methods of punishing the non-compliant media houses in Pakistan.

The advertisers stop giving advertisements to newspapers and TV channels which incur the Army’s displeasure thus plunging them into a deep financial crisis which makes it impossible for them to pay workers their salaries. The Army can block any TV channel with its influences on TV operators.  Geo TV is in crisis today.  Critics of Geo TV claim that its coverage of Pakistan Muslim League (Nawaz) – PML(N) – was partially responsible for its massive victory in the 2013 general elections. Leader of Pakistan Tehreek-i-Insaf (PTI) Imran Khan, who was very sure that his party would form the next government, blamed everybody for his failure including the Election Commission of Pakistan (ECP), former Chief Justice Iftikhar Choudhary and the Election Cell of Geo TV.

Imran Khan even refused to condemn the attack on the life of Hamid Mir and announced boycott of Geo TV.  In the meantime, the life became very insecure for Geo TV workers.  Intelligence men told some of them they were on the hit list.  The channel appealed to the then Army Chief Gen Raheel Sharif, Interior minister Choudhary Nisar Ali Khan, Information Minister Pervez Rashid and police authorities to provide security to its workers. But who posed the security threat to these workers? Everybody knew. The Army said it suspected that Geo TV had been involved in anti-state activities and has had links with the Baluchistan Liberation Army. Rumours were spread while Hamid Mir was recouping in the Karachi hospital that he was India’s agent.

The way the establishment was going all out against Geo TV gave one reasons to suspect that this channel was not the real target: the real target was the freedom of expression – a pillar of democracy. Making Geo TV a horrible example will automatically unnerve the entire media and make it fall in line.

Those who believe that the present Army has no political ambitions may not accept the above idea. But two things have to be kept in mind. Firstly, before Gen Pervez Musharraf struck on October 12, 1999 it was common to hear the experts betting that days of military coups in Pakistan were over. Secondly, read the so-called ‘Bajwa Doctrine’ with the current process of cleansing Pakistan of mainstream political parties. The Army’s design may be to let Pakistan writhe in unprecedented chaos for sometime before the Army emerges as country’s redeemer or saviour as always. The United States and European countries may scowl at it. That should not bother the Army when China is with it for the safety of its multi-billion investments in Pakistan.

But the Army’s apple cart may be upset if the PML (N) returns to power in the coming elections. The way the Article 62(1)f is being used generously by the Supreme Court of Pakistan against the top leadership of the party to disqualify them for life to fight elections reflects a lurking fear in the Army about the PML(N) bouncing back.  Also, the Army cannot be naive as to believe that its alleged protégé Imran Khan can win the elections just because of the good showing of youths and middle income group people at his public meetings. They are just a little part of the voter. Majority of voters live in rural Pakistan. Imran mainly condemns Nawaz Sharif for corruption of which his own hands are not clean.  According to Nawaz Sharif the Supreme Court has been partial to Imran Khan. People want to hear a leader’s firsthand experience with the Army and judiciary, the two institutions that have been the bane of Pakistan’s life for the past 70 years. The Army and judiciary, therefore, do not want Geo TV to report Nawaz Sharif’s speeches.

Last month the Lahore High Court issued what local newspapers called a “gag order”, convicting for 15 days by airing of alleged anti-judiciary speeches made by Nawaz Sharif, his daughter Maryam Nawaz and other leaders. DAWN called the High Court order unfortunate. Before this, Geo TV’s airwaves were jammed allegedly by the Army in more than 80 percent of the country. Taking a hint from Geo TV’s fate other TV channels and newspapers have taken to self-censorship which means play down PML(N)’s election campaign and avoid anything that is not liked by the Army including the activities of the indigenous movement, Pakhtun Tahafuz Movement (PTM).  The PTM is a movement of Pakhtuns of Federally Administered Tribal Areas (FATA). It is a better critic of the Army which it says has made FATA a dangerous place to live in and projects Pakhtuns as terrorists. The truth about Army’s proud aerial action called Zarb-e-Azb launched in FATA mid-August 2014 is only known to the local Pakhtuns. The Army fears to be exposed if the media is allowed to report PTM’s charges.  Although Nawaz Sharif and PTM’s leader Manzoor Pashteen have different reasons to criticise the Army and different stories to tell about it, they create the same impression about the Army.

In fact the Pakistan Army has so much to hide from the public to maintain its holy-cow image. By gagging and manipulating the media the Army still tries to maintain that image despite the breakup of the country in 1971 and the shameful debacle in Kargil in 1999.  Again, through gagging and manipulation of the media, the Army keeps an upper hand and keeps democracy in suspended animation.  The common Pakistani is kept unaware that their Army, which accuses the civilian government of destroying the country’s economy, itself, runs parallel economy. It makes cement and bread (as a judge of the Islamabad High Court said recently).

If on the World Press Freedom Day (3rd May) one has observed the overwhelming consensus of Pakistani media people about the current situation in the country, one would not only surmise that the media is muzzled but its present is bleak. In reality, bleaker future awaits Pak media as the country drifts deeper into the lap of China which disclaims democracy and favours authoritarian rule.