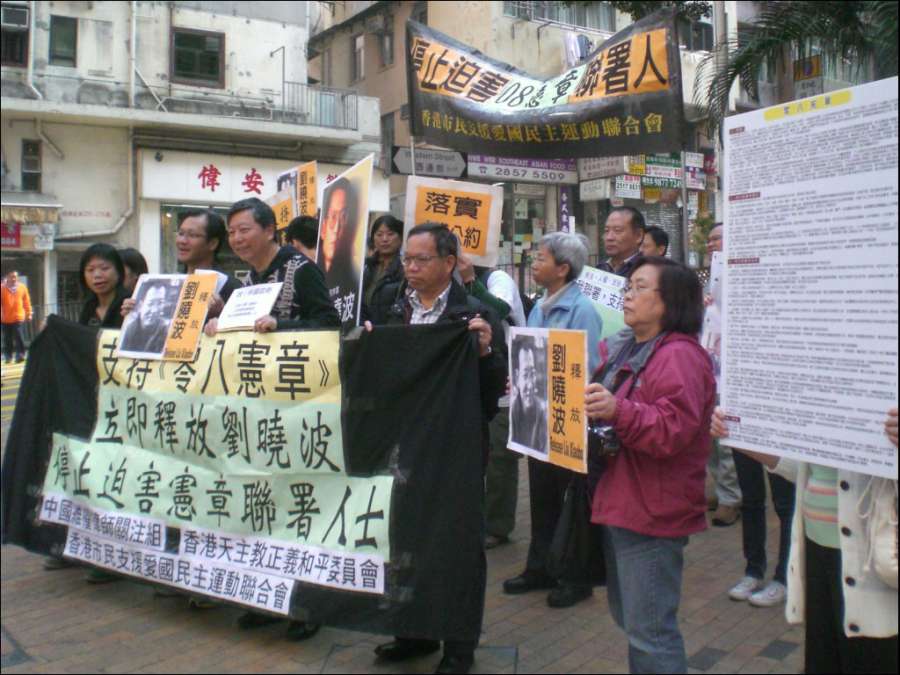 Thousands of protesters packed central Hong Kong once again on Sunday as a fresh bout of pro-democracy demonstrations got underway amid beefed-up security and a lingering sense of caution on the streets over concerns that violence could break out.

The rally, which started at 3 p.m., saw the deployment of some 3,000 police personnel – about one-tenth of the entire law enforcement force of Hong Kong – to districts in and around the demonstration areas.

In an unusual move, the police cut short the route of the march proposed by the organizer, the Civil Human Rights Front, citing public security concerns, reported Efe news.

The group originally suggested a four-kilometer route going from the Victoria Park in Causeway Bay to the Court of Final Appeal in Central. Now it has been shorted to two kilometers, ending in Southorn Playground in Wan Chai.

More than 200 two-meter-high water barricades have been erected outside important government buildings, including the government headquarters and the police headquarters.

In several districts, median barriers, metal trash bins and bus-stop poles, often used by protesters to create makeshift barricades against the police in the recent wave of anti-government protests, have been removed from roadsides.

Concerns are mounting over how the march with turn out, given the shortened route as well as a few other protests in the ex-British colony over the past weeks that ended in vehement clashes between the police and protesters.

Columnist Yip Yat-chee pointed out in a widely shared Facebook post that the endpoint of the march set by the police, located right before a bottleneck beyond which the road gets wider, would make it harder for marchers to leave.

On LIHKG, a Reddit-like online forum in Hong Kong that has been a major driving force of the ongoing anti-government movement, with many registered users being youths, the Sunday protest is described by some as a looming “big battle”. Several popular threads feature tips complete with maps, detailing ways to retreat and avoid police arrest.

Some netizens expressed concerns over a step up in the scale of police operations.

The South China Morning Post reported on Saturday that the Hong Kong police were looking for more than 700 protesters believed to be behind “violent confrontations” that have roiled the city over the past weeks.

Hong Kong is currently in the throes of a political crisis sparked by the government’s much-criticized extradition bill, which would have enabled fugitives extradited to China to stand trials in courts controlled by the Chinese Communist Party.

Hong Kong Chief Executive Carrie Lam declared on July 9 that the bill was “dead” but that has failed to placate people.

The protesters’ demands, which were initially focused on the extradition bill, have morphed into more catch-all pro-democracy demos urging universal suffrage, one of the pillars of the 2014 Umbrella Movement.

They have also asked that all charges against those arrested in demonstrations be released and that a commission be created to investigate allegations of police violence.