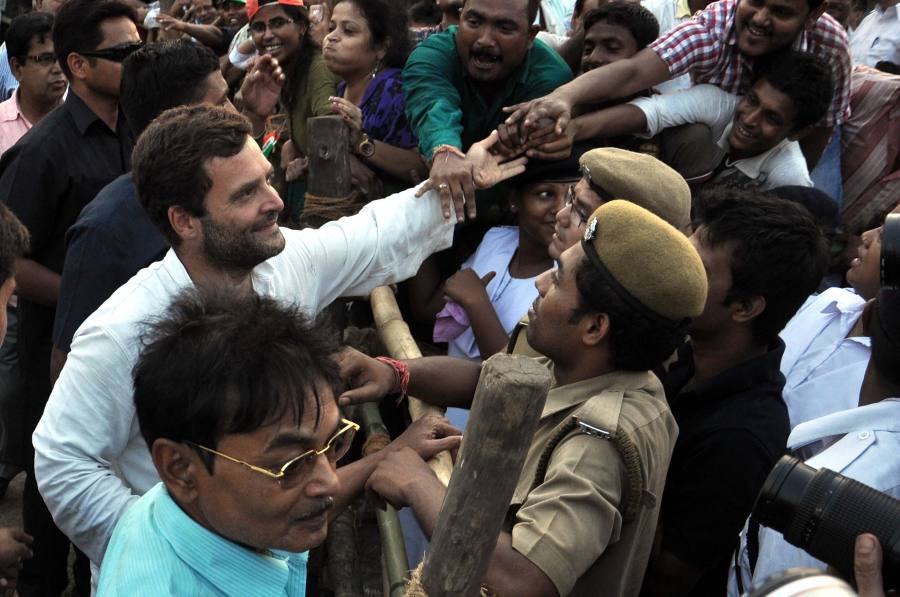 Congress vice president Rahul Gandhi Saturday stormed Varanasi to campaign against BJP’s Lok Sabha candidate Narendra Modi, holding a roadshow and addressing a huge rally where he promised the right to health if the Congress is voted back to power.

Two days after Modi held a mammoth roadshow and a day after AAP leader Arvind Kejriwal attracted thousands, Gandhi rode on an open vehicle through the heart of Varanasi, surrounded by slogan-shouting Congress activists.

It was the biggest show of strength by the Congress since the election campaign got underway in Varanasi.

Varanasi, which votes on May 12, is witnessing a high-profile political contest between Modi, Kejriwal and Congress candidate Ajay Rai.

At a rally held in Chandauli district later, Gandhi promised to give the right to health to the poor people if his party is voted back to power.

“There are many people in India who need treatment for serious illnesses, but can’t get themselves treated in private hospitals. If they are seriously ill, they just have to count their days. We don’t want such a country,” he said.

He said if the Congress wins the general election, every poor person will benefit from the right to health.

The Congress vice president listed the National Food Security Act, Land Acquisition Act and the National Rural Employment Guarantee Act as the steps taken by the UPA government for the people.

He also claimed that the Gujarat government gave land at very low rates to industrialists while delaying it to defence forces.