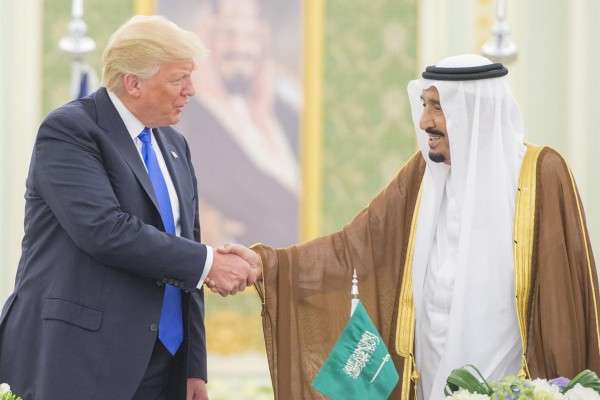 The Saudi government hailed in a statement on Friday the commitment of Trump in working with the US allies to face joint challenges, including the hostile policies of Iran, Xinhua reported citing Al Riyadh online news.

The US President condemned Iran as a “fanatical regime” and refused to continue certifying an international nuclear deal.

He accused Iran of sponsoring terrorism and said he would deny the regime’s “all paths to a nuclear weapon.”

Trump said on Friday he was referring the deal to Congress and would consult allies on how to alter it, BBC reported.

He accused Iran of sponsoring terrorism and said he would deny the regime “all paths to a nuclear weapon”.

International observers say Iran has been in full compliance with the 2015 deal freezing its nuclear programme.

But Trump said the deal was too lenient, and Iran had “committed multiple violations of the agreement”.