A wobbling Pakistan has become even unstable with the unprecedented suspension of General Bajwa’s three-year extension and the subsequent hearing and order by the apex court…. Writes Dr Sakariya Kareem

The Pakistan Supreme Court’s direction to extend the services of the Chief of Army Staff, General Qamar Bajwa, for six months is one of the strangest judicial orders which belittles the most powerful office in Pakistan and makes the government of Imran Khan look grossly incompetent in one shot.

These were the two wings of the establishment which had lost no opportunity to claim that they were on the `same page`. The judicial intervention shows to the extent which both the army and the Imran Khan government were at each other’s throat.

A wobbling Pakistan has become even unstable with the unprecedented suspension of General Bajwa’s three-year extension and the subsequent hearing and order by the apex court.

No one could any longer have any doubt that the brewing storm between Islamabad and Rawalpindi had reached a place where the office of the Chief of Army Staff, the most powerful position in Pakistan for at least half a century, had become a subject of doubt and ridicule. Instead of endorsing the extension of the Army chief, the apex court had in fact rubbed the salt on the wound by giving General Bajwa a mere six months’ extension, leaving him at the mercy of the civilian establishment.

The only way out for Bajwa to reclaim and restore the army’s and his own prestige is to quietly refuse to accept the extension and go home after his retirement. If he decides to stay put, not only would he lose face completely, the army would find itself compromised on the principles of integrity and public perception. The court hearing on treason charges against former army chief Pervez Musharraf and the recent sit-in Islamabad where a large number of people had gathered and expressed ire at the army for manipulating the elections to hoist Imran Khan to power have not been good for the army’s image. 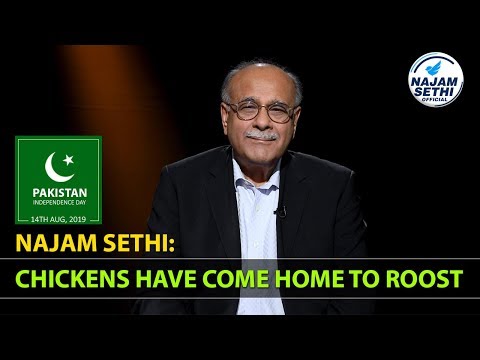 Najam Sethi, well-known commentator on his country’s politics and military, had pointed out in his commentary on November 22, 2019, a little less than a week before the present turn and twist of events that  “Until recently, no one could say a bad word or attribute a selfish motive to the military and its leaders. Indeed, we were compelled to use the term “Establishment” when discussing military matters. Challenging the army chief by name was unthinkable. Now all this is par for the course because the military leadership has started to engineer the political system and manipulate the political parties quite nakedly, the more so since such interventions have been exposed to be shoddy, biased and unworkable.“

The extension of the army chief’s tenure had created unease among the top army leadership. Many Lt. Generals, who would have had a shot at achieving the highest position, were left to retire in anonymity. The government’s justification that Bajwa was required to handle the dynamic regional security environment also did not go down well with the top leadership. The apex court comments and order would further muddy the waters, especially some of the comments made by the Chief Justice. For instance, during the hearing, the Chief Justice Asif Khosa pointed out that during the Cabinet meeting, convened to decide on the extension of the army chief, only 11 out of 25 members approved the extension. It means majority of the Cabinet ministers were not in favour of Bajwa’s extension, a telling reminder to the army that all was not well with its relationship with protégé Imran Khan.

The Chief Justice’s disparaging remark that “it is embarrassing that the army chief has to keep an eye on summaries instead of the country’s defence” cannot be to the liking of the Generals either. The Chief Justice was referring to General Bajwa attending the emergency meeting convened by Prime Minister Imran Khan yesterday after the court had suspended the extension.