An SFI member in Kerala was stabbed to death while two others were injured when two student groups got into a late night brawl over graffiti space on the walls of the Maharaja’s College , Kochi. 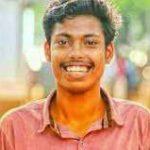 Kerala Police has taken three members of Campus Front into custody and are on the lookout for about a dozen other suspects who got into a fight at the state-funded institute.

The dead activist of the Students Federation of India was identified as Abhimanyu, 19. He was a second year Chemistry student hailing from Idukki.

Trouble started when the SFI and Campus Front activists wanted to put up their wall graffitis ahead of the commencement of the new academic year.

According to SFI state president Sachin Dev, the incident occurred around midnight.

“Many Campus Front activists had come from outside and they created a ruckus. In the melee, they used weapons and an SFI member was killed while two suffered injuries. This was a planned murder,” said Dev.

A massive search was conducted to locate all the perpetrators but only three could be nabbed.

The SFI has called for a state-wide protest on Monday.