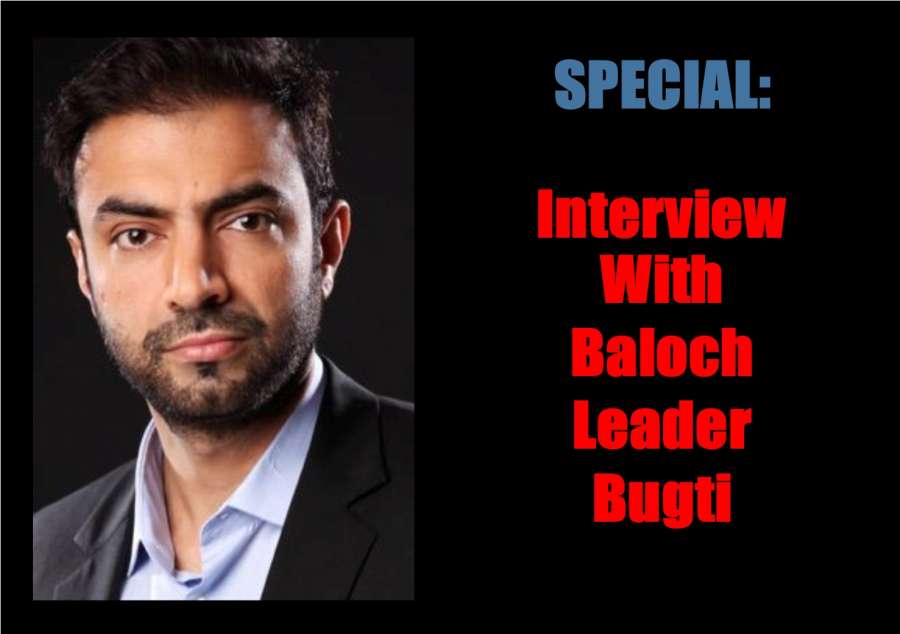 In an interview with Kushagra Dixit and Ashish Mishra, Baloch leader Brahumdagh Bugti says that he is willing to discuss a decent way for Pakistan to quit Balochistan…A special for Asian Lite News

At a time when Pakistani Prime Minister Nawaz Sharif has been speaking of “atrocities” in Jammu and Kashmir and the right of the people to determine their own future, Baloch nationalist leader Brahumdagh Bugti says this is precisely what the people of Balochistan want as they seek to unshackle themselves from Islamabad. At the same time, the Baloch Republican Party (BRP) president, who lives in exile in Switzerland, said he was open to dialogue if that would arrive at a “decent way that Pakistan quits our country”, even as he expressed confidence that India would accept his request for asylum — now referred to the Union Home Ministry.

Q: Why do you want asylum in India?
A: The Indian people know the problem and the situation in Balochistan very well, especially after the speech of the Prime Minister of India. It would be wise to be around people who support our cause as we both have been victims of the same Pakistani terrorist army.

Beside, I am voice of my people. We (India and Balochistan) were forcibly separated. We get “apnapan” (closeness) in India. Millions of Indians sent me encouraging messages. Such love and respect I can’t find in any other country.

Also, I am unable to move from Switzerland, which is frustrating. Being a representative of my people I need to sit with international forums, especially in the US, and discuss our issues with the lawmakers and congressmen there to expose the real face of Pakistan. Today, no one can visit Balochistan, be it media, human rights organisations or NGOs.

My request to India is to provide me asylum and travel documents. With the help of Indian, Afghan and Bangladesh governments we want to convince the U.S. that its military or monetary support to Pakistan is being used against the Baloch people.

Q: The Baloch people are agitating all over the world but their seems a disunity among Baloch leaders. Why are Baloch leaders not united?
A: All of them are respected people and I honour them all from the bottom of my heart, but to be a leader means to lead a political party or an organisation or any other group that is responsible.  When I went to the Indian consulate (in Geneva), Mehran Marri (son of Baloch nationalist leader Khair Bakhsh Marri) was with me. He is not from my party but we are all together.

Everyone is doing good job in their own way; there are no differences amongst us and even if there is some disparity then its a completely normal thing. At last we all have the same vision of a free Balochistan.

Q: Earlier you said that you are ready to talk with Pakistan. Is their still such a scope, and under what circumstance would you talk with the Pakistani government?
A: Talks are always welcome. We are peaceful political people and believe in a peaceful solution. There are other freedom fighters in Balochistan who are struggling through arms but we are not part of that movement.

It is the Pakistani Army that always tends to solve the problem through force, by picking people from their houses, torturing and killing them and throwing their bodies on the roadside.

So, if Pakistan accepts that what they have done is wrong, that this madness has no benefit for them, and that their occupation is illegal, and that they will withdraw from Balochistan, then yes, let’s sit and we’ll discuss what’s the decent way that Pakistan quits our country.

Q: What are your views on the armed struggle of the Baloch people and the Balochistan Liberation Army (BLA) militia?
A: I am not part of them though I took up arms when I was in Balochistan for self-defence. There was an army operation going on then which still continues. My grandfather was killed and we escaped to Afghanistan carrying guns to protect ourselves.

People who can struggle through arms do that and those who can’t, they sit like me in Europe to find a political solution because the Baloch people don’t have any other option. They are not terrorists, they are not doing any activity in Punjab or anywhere outside Balochistan. They are fighting on their own land, defending their own resources, women and children. Pakistan Army shoots people from gunship helicopters, bombards villages, so they should expect a resistance.

Q: US State Department spokesperson John Kirby said earlier this month it is against Balochistan’s independence. Your comment?
A: America is a superpower and will not directly speak in support of an independent Balochistan. They did not condemn our movement and also raised concerns over the human rights violations in Balochistan. I think this is not bad but very positive.

If they say that America supports the Balochistan independence movement then it would become their responsibility to support the cause. On the other hand, Baloch nationalists are getting asylum in the US. We are not restricted by the US government in activities regarding the Balochistan freedom movement. Through their actions they (America and other countries) are already supporting us.

Q: If independent, what kind of country would Balochistan be? What would be the status of Baloch minorities?
A: The fate of a free Balochistan depends on the people there. I cannot impose things upon them. I will contest elections to represent my ‘kaum’. If people choose me or anyone else, he or she would do according to the wish of the people.

But it would be a democratic nation. We are open-minded people. Around 8,000 Hindus live inside our fort in Dera Bugti because they felt protected. Their temple and our mosque both are inside that fort. They all were happy. We have great respect for all faiths. Hindus and Sikhs still live in Dera Bugti. We respect, protect and encourage our minorities who have equal rights.