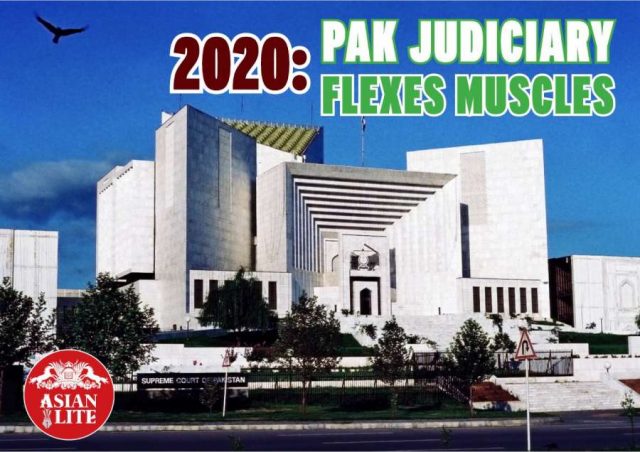 Of the three principal pillars of Pakistan’s polity – army, civilian government and judiciary, one gains whenever the other two are weaker or make mistakes. It is the judiciary’s turn now to call the shots ….writes Rifan Ahmed Khan

Judiciary has once again become the supreme arbiter in Pakistan. It helped jailed former Prime Minister Nawaz Sharif to leave country, then put a question mark on the continuance of the current army chief, Gen. Qamar Javed Bajwa, and could now well provide relief to another jailed opposition leader, former president Asif Zardari.

Of the three principal pillars of Pakistan’s polity – army, civilian government and judiciary, one gains whenever the other two are weaker or make mistakes. It is the judiciary’s turn now to call the shots.

Outgoing Chief Justice Syed Asif Khosa publicly derided Prime Minister Imran Khan who had hinted that the court facilitated Nawaz’s exit for medical treatment, which the government had blocked for a month.

Khosa reminded Khan that the Lahore High Court had granted relief to Nawaz on a tacit understanding with government that did not want to be seen as giving in to political pressures and public outrage for blocking Nawaz’s departure even though medical reports indicated serious problems.

“Don’t taunt us,” Khosa said, on record, when Khan implicitly criticized judiciary by seeking ‘help’ to facilitate public welfare. The government had used the judicial route to extricate itself in Nawaz’s case. After that tick-off, Khan and his government who continued to makde snide remarks about Nawaz’s health condition even after the latter had moved to London, looked cheap and small.

Now, the Khan has sought the judiciary’s help in Zardari’s case. Islamabad High Court has set up a medical panel to determine the seriousness of Zardari’s sickness, ostensibly to determine if he needs to be freed for treatment. 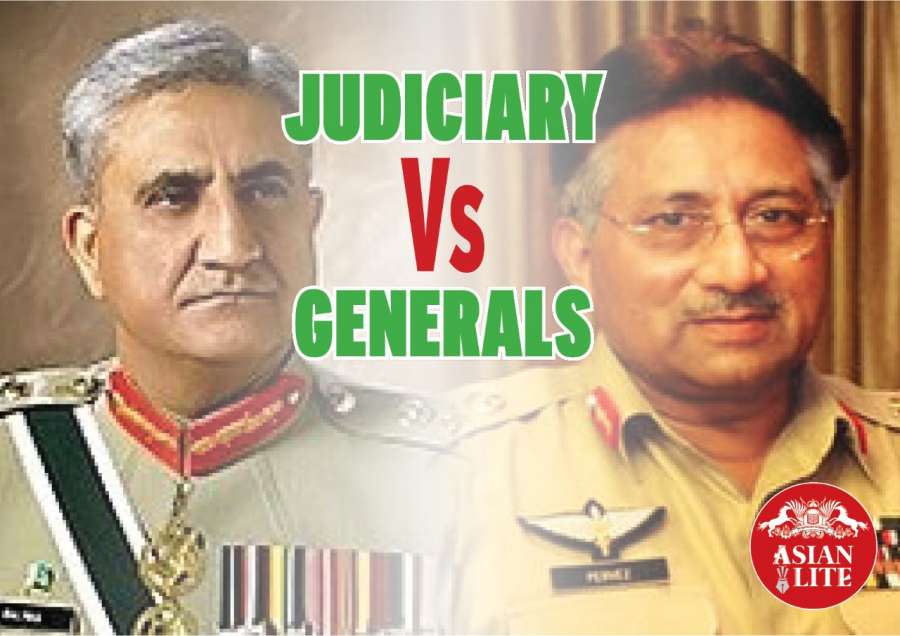 Analysts say the Khan Government that made corruption a big issue to win election, is pursuing former rulers and wants to use the judiciary, something the latter resents.

Emboldened by Khosa’s remarks against the government and hoping to get relief from the court for Zardari, his lawyers have gone before the Islamabad High Court with extensive details of Zardari’s health conditions.

Overall, the Opposition has also taken cue from Khosa-led bench of the Supreme Court  placing Khan Government in serious quandary by allowing only a six month extension to Gen. Bajwa when a three-year extension was sought. The government has been directed to pass a law and streamline existing procedures to ensure further extension.

The apex court questioned past cases of extension and found serious loopholes in the way the Army Act operates and procedures the government had followed to ‘grant’ Bajwa a three-year extension. Khan as the prime minister had ‘granted’ Bajwa the extension in August, to please the general and sought to circumvent the formal procedures and processes involved.

But Khosa declared that only the President could ‘grant’ extension, that too under proper rules and procedures, and not the prime minister. Khan’s bluff was called.

Reports emanating from Pakistan indicate that seven generals whose promotion path was blocked by Khan’s ‘grant’ of extension to Bajwa approached the court, indirectly, through a petitioner. Judiciary was seen in collusion with these generals. The loser, once again, is Khan in that the army will not take kindly to any further civilian scrutiny.

Although his successor (Justice Gulzar Ahmed) has been announced, Justice Khosa, who is to retire later this month has fired yet another salvo in a case pertaining to human rights of people imprisoned in Khyber Pakhtunkhwa province.

The Khosa-led bench of the Supreme Court on December 4 asked the federal government to furnish a report on individuals interned whose cases were referred to review boards for extending their detention or sending to courts for their release.

“Simply satisfy the court on whether the cases of the individuals in the internment centres were being referred to review boards for extension of their detention,” observed Chief Justice Khosa. “The case will vanish if the court became convinced that fundamental right applies to the detained persons,” he observed.

This is a sensitive issue that throws the civilian government on the mat, helps the opposition and human rights bodies, and gives the judiciary the supreme power to decide.