Pakistan is now a member of the UN Human Rights Council. Are they going to take action to stem atrocities against the minority Hindu community in Sindh? According to various Pakistani media reports, due to these atrocities on them and the government’s indifference towards their plight, close to 5000 Hindu families are forced to migrate to India every year. This is a migration story which rarely finds a mention even in the Indian newspapers, leave alone the international media….writes Mahesh Kumar Sharma 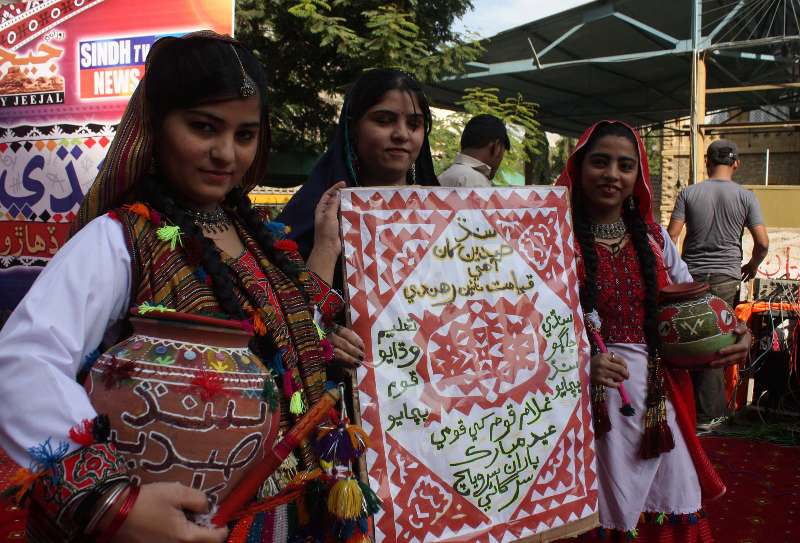 As Pakistan assumes its membership in the UN Human Rights Council, two million of its Hindu citizens, mostly from Sindh, are finding themselves at sea, refugees within their own country, discriminated, attacked and kidnapped by majoritarian groups enjoying the patronage of the state.

It is a cruel irony especially for hundreds of young Sindhi Hindu girls who have been kidnapped, forced into conversion and marriage of Muslims. All these attacks and kidnappings are so brazen because the state is in silent complicity with the criminals. The police either refuses to register a case or forces a compromise; the judiciary finds enough legal loopholes to escape its duty towards the citizens and the state merely watches, refusing to step in and save the hapless girls and their distraught families.

Forced conversions are a nightmare for the Hindu women in Pakistan. They are not only abused but are tortured to reject their families and not to press charges against the criminals who kidnapped them and then forcibly married them after illegal conversions.

According to report prepared by an NGO, Movement for Solidarity and Peace, 1000 non-Muslim girls are converted to Islam every year in Pakistan and in Sindh, the ratio is 20 or more girls per month.

Besides these crimes, the Hindus are subjected to land-grabbing, denial of justice, fewer opportunities of education and jobs, and various other forms of oppression and suppression. This continuous suppression has had a dramatic result on the population of Hindus in Pakistan. In 1947, the percentage of Hindus in Pakistan was close to 23 per cent which fell to six percent, according to the newspaper, The Nation, “ due to forced conversions, oppression and suppression in the Islamic nation“.

According to various Pakistani media reports, due to these atrocities on them and the government’s indifference towards their plight, close to 5000 Hindu families are forced to migrate to India every year. This is a migration story which rarely finds a mention even in the Indian newspapers, leave alone the international media.

If the voices of the Hindu community could be heard, it will become clear how the state was in complicit with extremist elements in exploiting, abusing and evicting a minority community which chose to adopt Pakistan as their nation, and not a predominantly Hindu India at the time of independence.

Here an attempt is being made to bring together these voices from the depths of anguished souls of young girls and their parents who find no way to escape. As a matter of routine, Hindu girls are kidnapped in Sindh and forcibly married off, mostly to madrasa students. Once married, which is nothing but raped, abused and tortured into submission, the girls have no other place to go but to remain in the hell they find themselves in. They do so.

With the state, and the world in general, un-moved by their plight, blind and deaf to their abuse, the only choice for the girls and their families are to keep quiet and accept the situation as fate. These girls and their parents are living the nightmare of Partition every day. Their numbers are not easily known since most of them keep quiet and choose not to report to either the police or any other organisation. The police is either callously indifferent if anyone even dared to approach them or downright cruel—going to the police is like being stuck between the deep sea and devil. The NGOs or human rights groups rarely take note of this continuous aberration of human rights except perhaps making a reference to such incidents as a matter of routine in their annual reports.

But stray reports appearing intermittently from Sindh, where majority of the Hindu families live, and other provinces, the number of abductions and forced marriages of underage Hindu girls was on the rise. The worst hit is the Thar desert where for long, Hindus and Muslims lived relatively in harmony. But this peace and understanding was broken by the establishment by hoisting extremist elements into the area. Madrasas, mullahs and maulvis of extremist ideology were persuaded, and supported, to set up their house and establishment in the area. Their single mission was to sow seeds of poison among the communities which for the last six or seven decades co-existed.

With the entry of rabid mullahs and maulvis, the Muslim landlords, in whose land most of the poor Hindu men and women worked, began brazenly to covet the young Hindu girls. Kidnappings and forcible conversions have become a norm in these desert areas of Sindh. The Patron-in-Chief of the Pakistan Hindu Council (PHC), Dr Ramesh Kumar has often raised the issue of these extremist groups promoting hate and creating pressure on the administration to stop any action on the criminals who indulge in these heinous crimes against Hindu women.

Dr Kumar’s apprehensions are not misplaced. This was borne out by the fate of a  Bill aimed against such forcible conversions introduced in the Sindh Assembly. When huge hue and cry over forced conversions erupted some time back, the Sindh Assembly passed a Bill against the practice in November 2016. But before the Bill could become law, before being signed by the Governor, religious extremist groups threatened to take law into their lands if the Bill was not discarded. A scared government was quick to mothball the legislation, sealing the fate of even more Hindu girls and their hapless families who have no other nation or home than Pakistan.

This alone should have been a serious reason for Pakistan to be disqualified from becoming a member of the UN Human Rights Council. To quote from an NGO, UN Watch which gave detailed account why Pakistan should not have been in the UN council: “The U.N. electing Qatar, Congo and Pakistan as world judges of human rights is like a asking the foxes to guard the chickens…It’s absurd, immoral and offensive.”