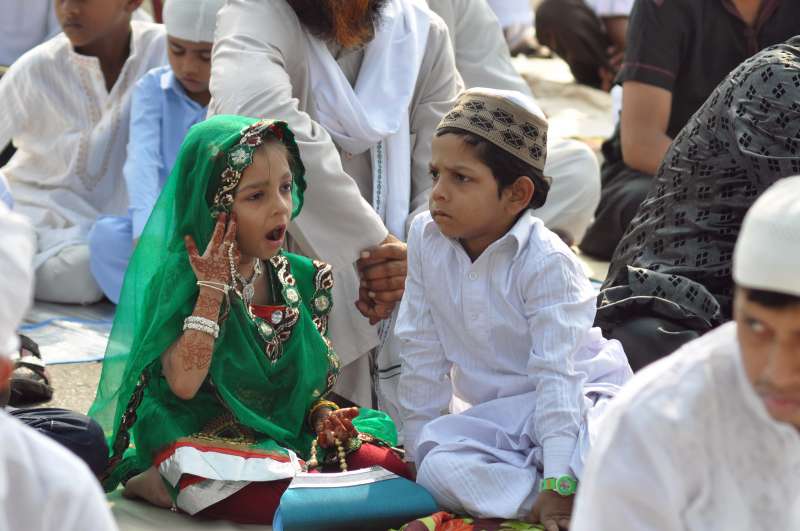 But for the alertness of a rickshaw driver, two small boys of a residential society in Dwarka, in west Delhi, would have been kidnapped last week. In a worrying account of how easily child kidnappers are able to strike, two boys, aged seven and nine, were being quietly whisked away by a young man who had won their confidence over the period of a week of sitting and observing them in the playground in Dwarka’s Sector 22.

The kidnapper, who was thrashed by residents of DDA-SFS Flats and handed over to police last Thursday, had entered the colony posing as a driver of one of the house owners. He would sit in the bench and observe the children as they played.

When questioned, he calmly showed a pair of car keys and cited the flat number of his “employer”. All the information seemed proper. And all the while he was eyeing the playing children. He picked out two of the children for the kidnap.

On Thursday evening, he approached the two boys with promise of treating them to ice cream and they willingly went with him outside, having seen and chatted with him over the week. He had become familiar to them like other friendly drivers or domestic helps who sit around the park.

The young man took the boys to a nearby Mother Diary milk booth, just a few metres away, to treat them to ice cream, after which he hailed a battery rickshaw in order to “drop them back home”. But he told the rickshaw driver to go towards the metro station.

It is here that Karamveer Singh, the rickshaw driver, noticed something wrong. “The two boys seemed scared,” Singh told IANS later. “The man was telling them, come fast, your papa is waiting for you’.”

The kidnapper alighted at a red light along with the children and said he preferred to walk it. Karamveer then drove up to him and asked where he was taking the children.

“The kidnapper told me to mind my own business. I said if the children’s papa has asked you to take them to the Metro then show me your phone. But his phone was switched off, adding to my suspicions.”

“He told me; “Bhaiya, the father of one boys is coming to fetch them’. I asked the nine year old to give me his father’s number and I called him. All through I kept a firm grip on the hand of the man.”

“When I called the father, he was shocked, and said he had never made such a call. He was in Gurgaon at the time.”

“I hailed another battery rickshaw, sat along with the two kids, and got the man to sit in front of me, holding tightly on to his hand. I had checked his pocket and found an ustara (long blade for shaving), with which he had scared the children into coming with him,” said Karamveer.

“I took them to Sector 22 and after I reached their society, I beat him soundly. The father and sister of the seven-year-old were at the gate, waiting anxiously for the boy to return. They did not know where he had gone,” he said.

Karamveer was rewarded by the grateful residents of the housing society at a function on Independence Day and given a token amount as reward. Delhi Police said it is planning to give Karamveer a recommendation for his alertness and bravery and also present him with a cash reward.

“We are in coordination with the RWA of the area and planning to provide some cash reward to Karamveer for his brave act. He and some others like him will be rewarded soon,” Deputy Commissioner of Police, R.A. Sanjeev told IANS.

He said the accused, Manish Rajput, 23, had been sent to Tihar Jail.

In his interrogation before police, Rajput mentioned that he had managed to get a driving license and wanted to work as a driver.

Though the two boys were fortunate in being saved by the alert Karamveer, there are many other children not so lucky.

Police data says that most of the trafficked children aged between 1-3 years are sold to childless couples while others are forced into the sex trade and as servants in homes or labour in factories.

“Some of the children are kidnapped for ransom, while a few aged between 9-15 left their houses on their own due to some family issues or in search of job,” Joint Commissioner of Police (Crime Branch), Ravindra Yadav told IANS.

Yadav said that Delhi Police has been running “Operation Milap”, a drive launched in 2014 by their Anti-Human Trafficking Unit, to reunite missing children with their families.