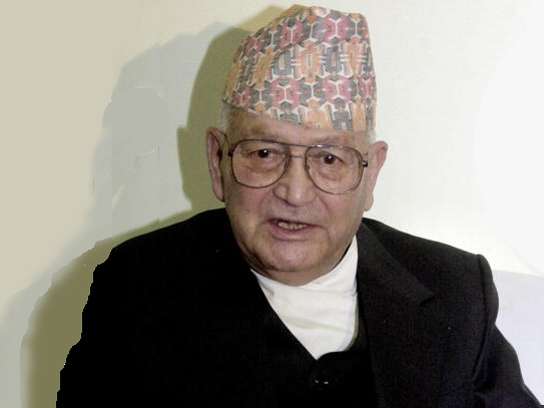 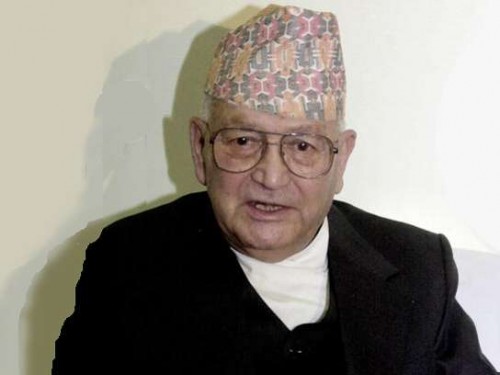 A democrat even under a monarchy and a relentless crusader for the upliftment of the deprived sections of the Nepali feudal society, Surya Bahadur Thapa never yearned for power — yet he graced the office of prime minister of the Himalayan nation for an enviable five times, a record equalled only by Nepali Congress strongman Girija Prasad Koirala.

Thapa was born on March 21, 1928 into a big landowner family — yet during his almost six-decade-long political career, he worked untiringly for the upliftment of those sections of the traditionally feudal Nepali society which had remained neglected.

He was instrumental in abolishing the Birta land-system (wherein rent-free lands were held by the erstwhile powerful Ranas and their sycophants to whom these lands had been given away generations ago as reward for their loyalty) and setting strategies to promote land reform by consolidating tenancy rights of the tenants.

He was also responsible for bringing the “Muluki-Ain” — national laws — through which he attempted to eradicate the practice of an “untouchable class” and strengthen women’s rights to vote and other social rights and activities. In this regard, he promulgated laws to protect the fundamental rights of the citizens of Nepal.

Thapa was able to do all this and more because he graced the office of the country’s prime minister a record five times: Twice under the “Builder of Nepal” King Mahendra, the same number under his son King Birendra — the democratic monarch — and the fifth and final time under King Gyanendra — whose reign sounded the death knell for Nepal’s 240-year-old monarchy in 2008.

Thapa’s first stint as the leader of government under Mahendra was brief — barely two months from December 23, 1963, to February 26, 1964 — but his second innings lasted longer — from January 26, 1965 to April 7, 1969 — and was more fruitful. He expanded the coverage of the country’s partyless Panchayat constitution of 1962 and promulgated an amendment to make it “people-oriented”.

King Birendra, who acceeded to Nepal’s throne in January 1972 following the death of his father Mahendra, ordered Thapa’s arrest in October and put him in Kathmandu’s infamous Nakkhu jail when the stormy petrel demanded major political reforms in the country, including democratic changes in the constitution and restoring rights to the people with free and fair elections.

However, the same King Birendra was to anoint Thapa as his prime minister less than seven years later in May 1979. Thapa remained in the job till July 1983.

During this period, the students movement was strong against the then prevailing partyless Panchayat system. Thapa was instrumental as PM in holding a people’s mandate under the Royal Proclamation which resulted in the people voting for an improved and modified Panchayat system.

In 1990, with the advent of the multi-party parliamentary system following a popular movement, Thapa founded the Rastriya Prajantra Party (RPP) comprising monarchical elements on the then prevailing political firmament. He became the RPP chairman but lost the 1991 General Elections — he later won in the 1994 mid-term polls from his home-town Dhankuta in eastern Nepal.

Thapa was appointed prime minister for a fourth time — October 1997 to April 1998 — leading a coalition government in the hung House of Representatives.

The RPP leader served a fifth tenure as Nepal’s prime minister from June 5, 2003, to June 3, 2004 — this time under King Gyanendra whose reign sounded the death knell for Nepal’s 240-year-old Shah monarchy in 2008.

Thapa was to leave RPP — the party he founded — later in 2004 after finding himself outnumbered by elements who favoured more powers for the autocratic monarch Gyanendra.

He founded the Rastriya Janshakti Party which proposed ahead of the Constituent Assembly poll a mixed election system, with 75 district representatives and 230 members elected through proportional representation. The party also proposed constituting an ‘Ethnic Assembly’ as the upper house of parliament.

The mixed-election system, suggested by Thapa, found favour among other political parties, though with slight variation in numbers. The proposal for representation to Nepal’s multi-cultural smorgasbord of ethnic groups in parliament, though appreciated by all political groupings, has found few takers.

The 87-year-old Thapa continued to be an active contributor to the ongoing task of framing the country’s new republican constitution and, as the eldest member of the second Constituent Assembly, administered the oath of office to 565 lawmakers at the first meeting of the assembly on January 21, 2014.

Battling cancer, Thapa died in a hospital in Gurgaon, near Delhi, late on April 15, 2015.