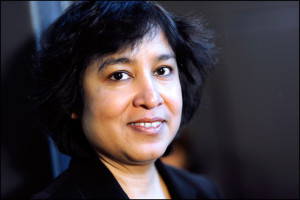 Exiled Bangladeshi writer Taslima Nasreen has been diagnosed with breast tumours at a hospital in New York.

Doctors found the tumours “quite big” and advised her biopsy to check on possible malignancy, bdnews24.com reported.

The biopsy report is expected to come May 12.

Taslima appears very worried because her mother had died of cancer and a brother was undergoing treatment for cancer in New York, the report said.

Taslima has tweeted about her worries and said she had a sumptuous meal of Hyderabadi Biryani at New York’s Paradise restaurant immediately after her biopsy.

She arrived in the city a week ago to avoid the harsh Indian summer.

Taslima is a medical doctor, having received her MBBS degree from Mymensingh Medical College in 1986.

Besides working as a doctor, she continued with her passion for writing.

After her novel “Lajja” (shame) hit the stands, she incurred the ire of the fundamentalists and had to leave Bangladesh in 1998.

She has been living in India and several western countries since then.