US President Donald Trump paid a surprise visit to Afghanistan to spend Thanksgiving for the first time in that country with the American troops present there and assured those deployed that the Taliban have been engaged in talks.

“The Taliban wants to make a deal,” Trump told troops at the Bagram Air Base, where he also met Afghan President Ashraf Ghani.

The visit follows a prisoner swap with the Taliban aimed at resuming peace negotiations. Trump also said the US was “substantially” reducing troop.
Some 13,000 US troops remain in Afghanistan — even 18 years after the US intervention to oust the Taliban following the 9/11 attacks of 2001.

During the meeting at the military air base some 50 km north of here, both sides underscored that “if the Taliban are sincere in their commitment to reaching a peace deal, they must accept a ceasefire”, Xinhua news agency reported.

The US president said that American and Afghan soldiers were making the Taliban more eager to reach a peace agreement. 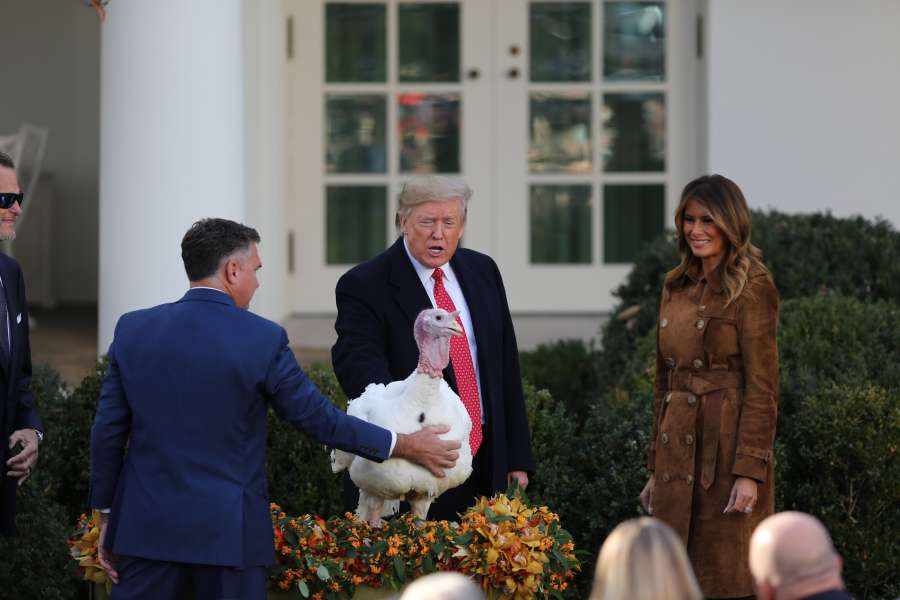 Trump released a video on his Twitter account in which he could be seen speaking with a dozen US soldiers and Ghani standing behind him, Efe news reported.

“In our bilateral meeting, we discussed the important progress we have jointly made in our military efforts in the battlefield, including crushing the Daesh (Islamic State or IS group) in eastern Afghanistan. President Trump appreciated the tireless efforts of the Afghan security forces in this fight,” Ghani also tweeted early on Friday.

After the meeting, the two presidents joined the US troops in offering Thanksgiving greetings. “We thanked them and their Afghan counterparts for their continued efforts and sacrifices in combating terrorism,” Ghani said.

The war in Afghanistan has been the longest war in US history. The death toll of US service members has surpassed 2,400 since America under President George W. Bush invaded Afghanistan in 2001.

According to the statistics from the UN Assistance Mission in Afghanistan, 2018 was the deadliest year on record for the Afghan conflict, with a total of 10,993 civilian casualties, including 3,804 civilian deaths.