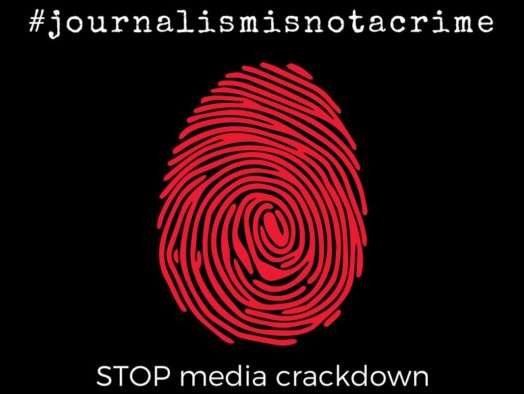 The European press forums call on supporters to show solidarity with journalists facing persecution in Turkey by sending a letter to the Turkish ambassador in their country and signing and sharing an Amnesty International petition calling on President Erdogan to uphold human rights in the country.

So far 57 journalists and media owners have been detained since the failed coup, according to the IFJ, with 89 arrest warrants issued, Press Gazette reported.

Britain’s the National Union of Journalists has given its backing to the campaign and has itself called on the Turkish ambassador in London to receive a delegation from the union to discuss the violation of press freedom and the arrests of journalists in Turkey.

In a letter to the ambassador, NUJ general secretary Michelle Stanistreet said: “I am writing to express our deepest concerns at the unprecedented clampdown on media in Turkey and to urge your government to reverse the widespread attacks targeting journalists and media outlets in the country.”

Together with the IFJ, the NUJ said it was reporting the press freedom violations to the Council of Europe Platform for the Protection of Journalism.

Under the state of emergency, declared by President Erdogan following the coup attempt, Turkish authorities can hold suspects in detention without charge for 30 days.