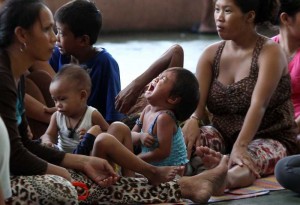 The toll from the Typhoon Rammasun has risen to 38 in the Philippines, the state disaster agency said Thursday.

According an earlier report, at least 20 people were killed, seven injured and five were missing.

Of the one million people affected by the typhoon, the NDRRMC said more than half a million were currently housed in evacuation centers.

A total of 1,193 passengers from ships were also stranded at various ports in northern Philippines.

The typhoon packed maximum sustained winds of 140 kmph and gustiness of up to 170 kmph when it barrelled through central and northern Philippines, including the country’s capital region of Metro Manila Wednesday.

Based on the latest update from the state weather bureau, Rammasun has slightly weakened as it continues to move away from the Philippines.