A team of experts from India and Sweden has flagged concerns over uncontrolled dumping of partly treated/untreated urban waste into rivers — leading to the spread of antibiotic resistance….writes Sahana Ghosh 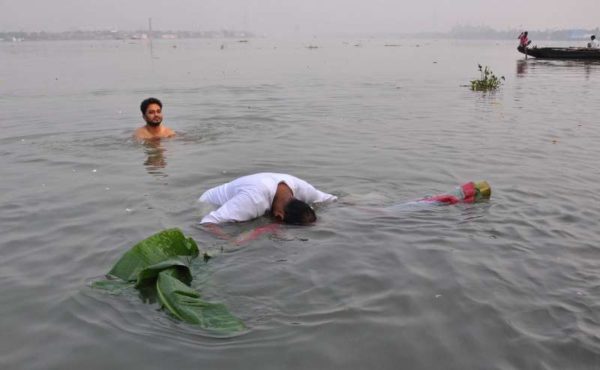 Drawing attention to pollution of water courses from domestic waste, they found that antibiotic resistance genes were significantly more abundant in river sediments collected from the city than from upstream sites.

“The growing resistance amongst bacterial pathogens limits our ability to treat infections. Environment plays an important role in transmission of bacterial pathogens and bacteria carrying antibiotic resistance genes (ARG),” Nachiket P. Marathe at the Centre for Antibiotic Resistance Research at the University of Gothenburg, Sweden, said.

“Hospital environments have been extensively studied in this perspective, but there is limited data on risks posed by external environment like river on transmission of antibiotic resistance gene carrying bacteria, Marathe said about the study published in Water Research in July.

Sediment samples were collected along Mutha river flowing through Pune in India-at upstream sites as well as locations within the city. 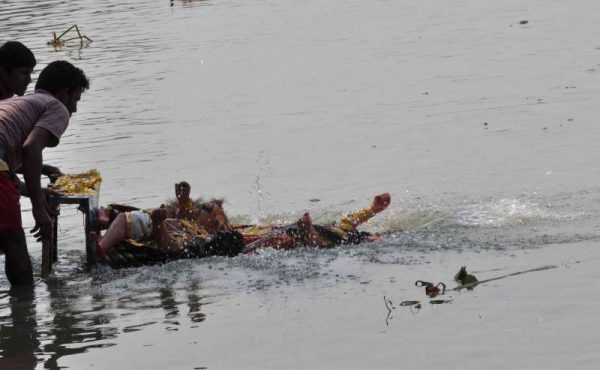 To get a better understanding of total bacteria and resistance genes present in the samples, DNA sequencing method (shotgun metagenomics) was applied.

What is more worrying is that some of the bacterial antibiotic-resistance genes detected in the study defend them against last resort drugs (the last choice for treatment), for example, carbapenems.

India, in its National Action Plan on Antimicrobial Resistance (NAP-AMR) 2017 – 2021, says the emergence of resistance is not only limited to the older and more frequently used classes of drugs, but there has also been a rapid increase in resistance to the newer and more expensive drugs, like carbapenems.

Carbapenems are broad spectrum antibiotics and regarded as the ago-to’ drugs for serious infections, especially when multi-drug resistant organisms are a concern.

The samples showed the presence of all the clinically important carbapenemases-enzymes found in pathogenic bacteria that degrade carbapenems. These enzymes help in conferring resistance against the drug.

According to Joakim Larsson, senior author of the study, professor and director of the Centre for Antibiotic Resistance Research in Gothenburg, the observance in the Pune river is probably not an exception, but it is “likely a rather common situation” in India.

“Without very large investments in sewage infrastructure, Indian rivers will unfortunately remain transmission routes for infectious diseases, including being an important reservoir of multi-resistant bacteria. This, in turn, infers increase in morbidity and associated costs to society. Current initiatives to clean up Indian rivers are good, but probably need even more momentum,” Larsson said.

Marathe contends that in addition to efficient sewage treatment options, one needs to factor in the population as well.

“In cities especially, we produce more waste than the capacity for sewage treatment and hence the pollution,” he said.

Outlining the route of transmission, Marathe points to the vicious cycle.

“The river water is used by the villages downstream of the city as drinking water (with some preliminary treatment) and also for irrigation. Domestic animals and sometimes humans are swimming in the river.

“During monsoon floods, the river water enters the streets and houses (in some cases). This would facilitate transmission of these bacteria carrying antibiotic resistance genes (including pathogens) back to humans. This might eventually lead to increase in infections with antibiotic resistant bacteria,” he added.