While US President Donald Trump is half-way around the world in Vietnam for a nuclear summit with North Korea, the House of Representatives has voted against his national emergency declaration for building a $8.1 billion wall along the Mexican border…writes Arul Louis

Although the Democrats and the media played up the vote on Tuesday as a victory in their campaign against Trump’s emergency declaration, it is only symbolic as the President has threatened to veto should it also pass the Republican-controlled Senate and the Democrats do not have a two-thirds majority to overturn it, even with some Republicans crossing sides to vote for it.

As of Tuesday night, the Democrats were still at least a vote short of a simple majority in the Senate and were desperately trying to get some Republicans to cross over like the 13 in the House.

Ultimately the courts, where 16 states and others have filed challenges to the emergency, will have the final say. The crux of the opposition to the emergency is that in bypassing Congress to fund the border project, Trump is violating its constitutional authority on approving government spending.

Before the House vote, the Democratic Party leader in the House, Steny Hoyer, warned that Trump bypassing Congress to fund the barrier was how “despots take power” and could set a precedent.

Trump declared a state of emergency on February 15 to fund the barrier, which he says is required to stop drug smuggling, people trafficking and illegal immigration, citing as a humanitarian crisis the several thousand Central Americans massed at some border points after arriving there in caravans hoping to make their way in.

The border wall, now scaled by Trump to a series of metal slats along some areas along the frontier, is the point of prestige and contention for Trump, who made it his signature election pledge, and the Democrats.

When the Democrats refused to allocate the $5.7 billion that he had asked for it Trump refused to approve the budget leading to a 35-day shutdown of non-essential government operations.

Democrat Speaker Nancy Pelosi firmly faced off Trump and he had to agree to a deal to reopen the government without the border funding, losing face.

He resorted to the emergency to find money for the border barrier and reestablish his standing with his hardcore supporters.

The resolution against the emergency passed 245 to 182. The type of emergency Trump has imposed is basically a financial manoeuvre and does not authorise the suspension of civil liberties.

Former President Barack Obama invoked emergencies at least 10 times, including once to deal with criminal gangs at the border areas.

While Trump will be meeting North Korean leader Kim Jong-un in Hanoi for a second summit on Wednesday and Thursday to get him to scrap his cache of nuclear weapons as well as the capacity to produce them, Washington will be gearing up for a new wave of confrontations and exposes.

His former personal lawyer Michael Cohen is scheduled to testify about Trump before House Oversight Committee on Wednesday and before the House Intelligence Committee.

The testimony on Wednesday will be in public and Cohen, who has been sentenced to three years in prison for tax fraud and lying, has dropped tantalising hints that he could make allegations of criminal conduct against Trump.

Meanwhile, Special Counsel Robert Mueller is finalising his report on the investigation into allegations of Russian interference in the 2016 elections to help Trump and is expected to deliver it to Attorney General William Barr in the coming days.

A finding that Trump personally colluded with the Russians would be lethal to his presidency, but he has said that he has received assurances that it would not be there. However, there may be other disclosures that could snare him in court cases as he prepares for re-election next year.

Amid these problems and setbacks, Trump is now focused on a deal with North Korea to burnish his presidency, even asserting that it would make him worthy of a Nobel Prize.

After ditching diplomatic niceties to match Kim’s vicious rhetoric, he has managed to get Pyongyang to stop nuclear and missile tests that his predecessors had not been able to.

Trump and Kim met in June for their first summit in Singapore.

While North Korea has destroyed some missile facilities, there has been no progress in denuclearization and Trump must now push for it, if he is to succeed.

Kim reportedly wants all sanctions lifted as a condition to proceed with denuclearization. 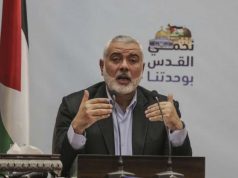 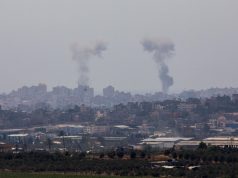