Chief Minister of Kerala Mr Pinarayi Vijayan appealed to globetrotters to visit Kerala to enjoy the traditional hospitality of the God’s Own Country….reports Asian Lite News 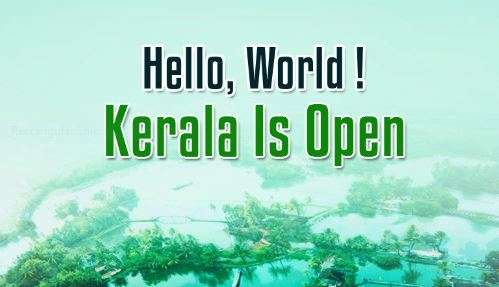 The chief minister was inaugurating the 10th edition of Kerala Travel Mart in Kochi. More than 1600 buyers from India and abroad are participating in Mart– the first global event in the state which was devastated by an unprecedented rainfall and landslides. The buyers group includes representatives and heads of tourism projects and heads of tourism from the country and outside. Of the 1600 buyers, 545 are foreign buyers.

“It is for the first time that we have these many buyers participating in an event in Kerala,” said Mr Vijayan. “This shows the confidence of the people on the attraction and strength of the tourism sector in Kerala.”

The chief minister is leading a campaign to rebuild the state. Tourism is one of the major employment and revenue sectors in the state.

The chief minister also said that the tourism centers should ensure that the natural environment and beauty of the destination to be taken care of while rebuilding the sector. He said the new Kannur airport will fuel tourism growth in the Malabar region of the state. 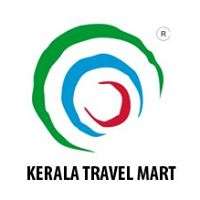 “With the inauguration of the Kannur Airport, Malabar’s tourism development will get a major push,” said Mr Vijayan. “Malabar already has a prominence in the tourism map. Malabar has also found a place in Lonely Planet’s as one of the ten tourism destinations to be seen in Asia.”

The Kerala Tourism Department has recently launched a campaign titled — God’s Own Country 2.0. The August floods cost an infrastructure loss of ₹100 crore, while business losses stood at around ₹500 crore. Presently, tourism contributes about 10.3 per cent to Gross State Domestic Product (GSDP) and provides employment to about 15 lakh people.

Union Tourism Minister K J Alfons said that the tourism sector in Kerala has come back within a month after the deluge and is ready to meet the tourists.

“The tourism industry in the country is growing rapidly. The growth in this sector is double the international average. Kerala’s tourism sector should be able to grab this opportunity,” Mr Alphons said.

The main attraction of the 10th edition of KTM is the public-private partnership. The participants, including tour operators, hotel, resort, homestay operators, houseboat operators, Ayurveda resorts, and cultural and arts centers will get the opportunity to conduct effective discussions and interactions with the buyers from around the world.

Contemporary issues include rainwater harvesting, plastic consumption, waste management, integrated organic farming, energy efficiency and extensive use of domestically sourced and manufactured products are among the priorities of KTM-2018.

The tenth edition of the four-day KTM is bringing entrepreneurs across India and abroad to the unique tourism products and services of the state. This year, the brand new international airport opening in the northern Kannur district next month is in focus to promote north Kerala as a new destination for holidaymakers.