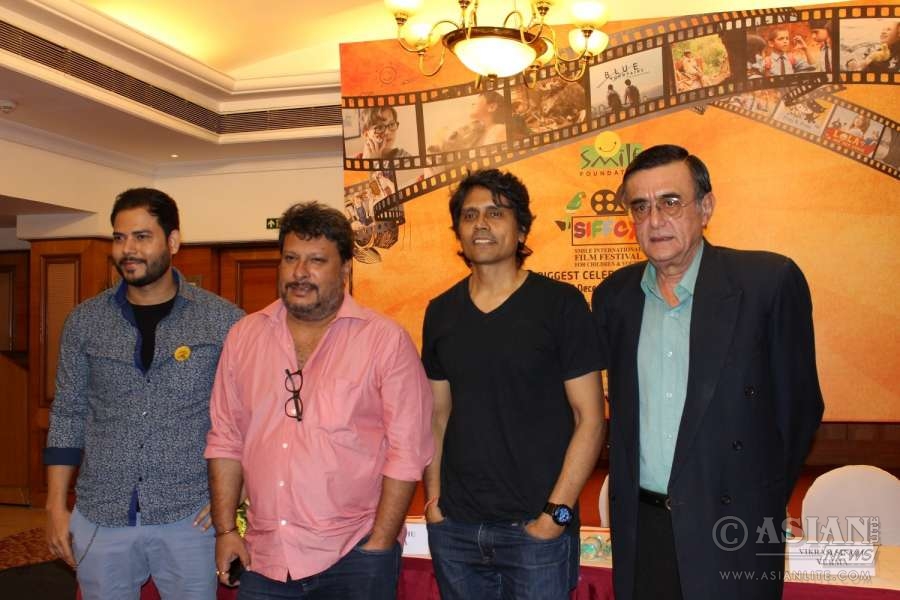 In a unique apolitical ‘exchange’, some Pakistani filmmakers came to India as part of a peace initiative called Zeal for Unity last week. Indian film-makers who were to visit Pakistan were denied a visa, though.

From India, film-makers like Tigmanshu Dhulia, Tanuja Chandra, Ketan Mehta and Bejoy Nambiar were slated to go over to the other side on foot through the Attari-Wagah border checkpost for Zee Entertainment Enterprises Ltd’s (ZEEL) Zeal For Unity (ZFU). But they couldn’t.

On being asked about why the Indian entourage of 20 people wasn’t granted the visa, Manzoor Ali Memon, a diplomat from the Pakistan High Commission here, told : “We have checked with our concerned officers, but we don’t have any such applications… We have no details and applications of such kind.”

The ZFU team maintains the applications were made in time, but information on visas was delayed beyond March 16 when they were to travel and then the passports came back without the visa.

An initiative to use the “strength of creative thought leadership” from both the countries to bridge the divide between the two, ZFU involves six Indian directors, including Aparna Sen and Nikkhil Advani, and six Pakistani directors of the likes of Mehreen Jabbar, Sabiha Sumar and Meenu-Farjad, coming together on a common platform.

Pakistani filmmakers, except Jabbar, walked into India on March 15. After a day in Amritsar, they were to walk back into their country with the Indian entourage, and head to Lahore on March 16.

But since the Indians didn’t get the visa, the Pakistani filmmakers decided to stay an additional day, thereby not dissolving, but strengthening the purpose of the exchange.

Their bonhomie in Amritsar turned out to be “unforgettable” for the filmmakers, some of whom said the denial of visa would be a “forgettable story”.

Shailja Kejriwal, who spearheaded the initiative and is behind Zindagi channel which brings Pakistani content closer to Indians, told : “We were looking forward to visiting Pakistan and experiencing the beautiful city of Lahore, but the visa not coming through did not hamper us in achieving our objective.”

“For the first time ever, directors from both the sides came together on one common platform, and not getting visa this time should not take away from us achieving this feat. This hurdle was actually turned into blessing in disguise,” said the Chief Creative – Special Projects, ZEEL.

Emotional upon her return to Mumbai after two glorious days in Amritsar, Shailja shared that everyone “spoke at length about our cultures and our similarities and laughed together so much that we almost cried”.

ZFU involved the 12 filmmakers to make movies touching upon different subjects, and they had the freedom to choose their own tales and formats.

Dhulia, known for films like “Saheb Biwi Aur Gangster” and “Paan Singh Tomar”, was happy that “rather being formal with each other in the short span of time we would have got in Lahore, we spent a wonderful time together in Amritsar and those memories will be with all of us forever”.

Tanuja Chandra, who directed “Sangharsh” and “Dushman”, said: “To me, not getting visas didn’t outrage or diminish me in any way. Government agencies will work how they will and they have their reasons which we don’t need to jump upon with emotional reactions immediately. I was looking forward to visiting Lahore because it’s a beautiful city and our Pakistani friends were very keen to host us.”

She said that at Amritsar “we had a fun evening exchanging stories, poetry, jokes and warmth. The affection only grew. We had an extraordinary time. This has been an unforgettable trip. I look forward to many more such interactions, to making films together and finally to peace.”

Nikkhil Advani, who has directed “Kal Ho Naa Ho” and “D-Day”, wasn’t going to Lahore in the first place and had cancelled his shoot to be with the Pakistani film-makers for an extra day. For him, he said, it was worth it.

“The objective of the initiative, bringing Indian and Pakistani directors together, was met. Launching ‘Zeal to Unity’ at the Wagah border was an overwhelming feeling and nothing can take away from that… I happily extended by stay to be with everyone and I’d do that any time again in the future without a moment’s hesitation, because I believe sometime all it takes is to extend a hand.”