The problem with issuing a dire ultimatum as a first response to a traditionally bellicose regime is that the one issuing it is boxed in. That could well be the problem that President Donald Trump could likely face as he deals with North Korea’s supreme leader Kim Jong-Un’s increasingly aggressive moves threatening the United States….A special report by Mayank Chhaya for Asian Lite News

In a statement that is said to have taken the national security establishment by surprise, the US president said: “North Korea best not make any more threats to the United States. They will be met with fire and fury like the world has never seen.” This came in the aftermath of unconfirmed reports that US intelligence had learned that Pyongyang has produced miniaturised nuclear warheads that can be mounted on a missile.

Coupled with the fact that it now has long-range intercontinental ballistic missiles (ICBMs) capable of reaching the United States, the latest unconfirmed intelligence is certainly worrisome. However, through the retaliatory threat of unleashing “fire and fury like the world has never seen”, thereby clearly implying a nuclear strike, Trump’s statement may turn out to be one too soon.

Rather than feeling chastised, North Korea seems to feel emboldened as its state-run Korean Central News Agency (KCNA) issued several statements, including the one that said the government was “carefully examining” plans to launch missiles at the US-controlled island of Guam in the Pacific Ocean. The island is a greatly significant US strategic outpost in the Asia-Pacific region, 28 per cent of which is occupied by the military. There are currently 6,000 U.S. military personnel stationed there and there are plans to add another 5,000 marines by 2022.

A day after the US president’s “fire and fury” threat, Pyongyang upped the ante, calling it a “load of nonsense” on August 9. It went a step further by issuing an even more specific threat to fire four missiles that it said would land within 40 kilometers of Guam as a sort of a shot across the bow.

That Pyongyang intensified its original threat barely 24 hours later in the face of the unprecedented warning from the US president speaks of the imprudence of his response. It is the kind of ultimatum that has to be backed with action without which Washington will have no next step as Pyongyang continues to ratchet up its aggression. Kim Jong-Un considers nuclear weapons as his only guarantee of survival in the face of mounting international pressure on him. He is not going to give those up, no matter what the international community might say or do.

Guam’s 3,400-mile distance from Pyongyang is well within its strike capabilities and it is not altogether inconceivable that the mentally-besieged supreme leader might actually carry it out. If that happens, Trump can always retaliate well below his “fire and fury like the world has never seen” threat but that would expose his bluster to Kim, something America cannot afford. The 33-year-old Kim sees nuclear weapons as equalising him with the 71-year-old Trump despite such massive chasm between the two countries’ military and economic strengths.

At a personal level, the idea that he is able to provoke a strong response from the US president senior to him by nearly four decades is bound to give Kim a considerable thrill. Traditionally, the North Korean leadership has thrived on such saber-rattling and now that the sabre has a nuclear edge, it is expected to make diplomatic intercourse with him that much harder.

A little over a week later the situation has taken a 180-degree turn with reports of Pyongyang being able to miniaturise nuclear warheads, stringent United Nations sanctions against North Korea, Trump’s extraordinary statement and Pyongyang’s threat against Guam.

The “fire and fury” statement has startled many. Republican Senator John McCain (Arizona), not known to shy away from wars, said in a radio interview: “I take exception to the president’s comments because you’ve got to be able to do what you say you’re going to do. In other words, the old walk softly but carry a big stick, Teddy Roosevelt’s saying, which I think is something that should’ve applied because all it’s going to do is bring us closer to a serious confrontation.”

It is hard to make concession in the name of Trump’s characteristic penchant for hyperbole and bluster because he is dealing with a leader who has lived outside international norms in the tradition of his father Kim Jong-Il and grandfather Kim Il-sung. Unless the US president thinks that he can conduct his country’s foreign policy with a measure of matching cavalier style, his threat might turn out to be a case of premature articulation. 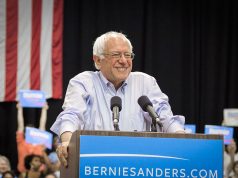