Absent good advice, democratically-elected leaders are capable of making serious mistakes which have far-reaching repercussions on the future of their country. Pakistani Prime Minister Nawaz Sharif’s address at the UN General Assembly on September 21 will go down in the country’s history as a monumental error of judgement and an example of delusional politics.

Pakistan has been battling allegations of being a state sponsor of terror for nearly three decades. Its track record and the brazen manner in which it has used terrorism as an instrument of policy should have led to its designation in any list of terrorist states that could be so compiled. That Pakistan has escaped doing so is largely a reflection of a certain measure of success by its diplomacy in using its status as a front-line state for counter-terrorism purposes and the leveraging of its relationship with the US to escape such designation. Luck seems to now be running out.

What has changed? The mistakes made by the West in Iraq in 2003, Libya in 2011 and the ongoing horrific violence in Syria have altered the narrative. Many countries are arming rebels and Pakistan perhaps believes it is not the only one. There is, however, a crucial difference. 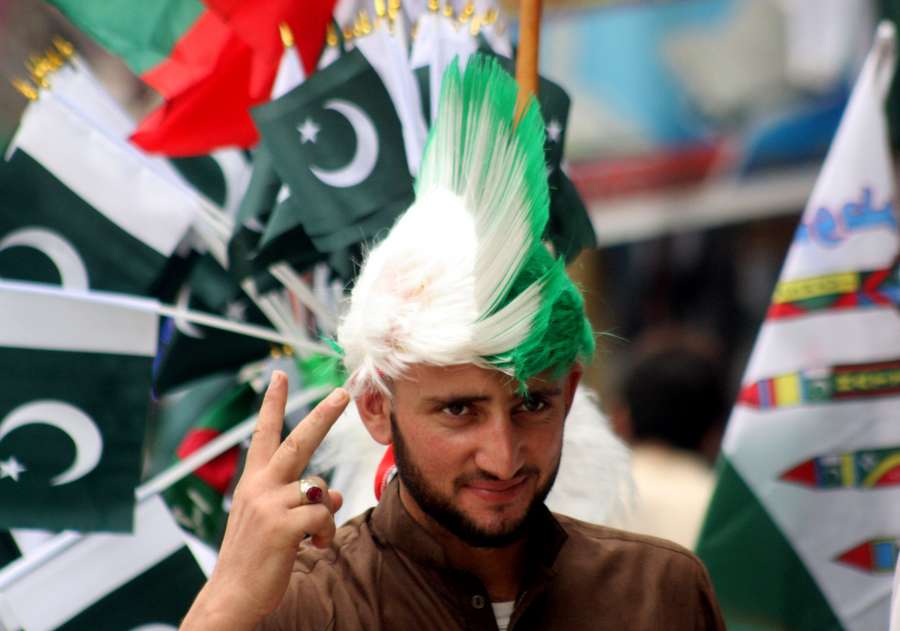 The rise of the ISIS, the unwanted child of failed and neglected interventions, has driven the fear of God into Western establishments. Pakistan was already on the brink as a result of harbouring Osama Bin Laden in the Abottabad military cantonment. For the Prime Minister of Pakistan to describe a commander of the Hizbul Mujahideen, seeking to establish an extension of the Caliphate, as a victim of an “oppressive state” is incredulous beyond the point.

When India held the chair of the UN Security Council’s Counter-terrorism Committee in 2012, the “zero tolerance” norm was adopted. The mainstream narrative against terrorism clearly establishes that the terrorist takes away the most fundamental right of all, the right to life. Duplicitous state conduct and human behaviour may well decide to use the arming of rebels as a means to effect regime change, as, for instance, in the case of Libya earlier and Syria now. But to address the UNGA and proclaim a disciple of the ISIS in glowing terms is asinine behaviour at its best. Pakistan has also been getting its other sums wrong. For the first time after many years, it lost an election at the UN Human Rights Council last December.

Pakistan is a major beneficiary of Saudi generosity, and yet it shied away from sending troops to Yemen on Riyadh’s insistence. Countries act not out of emotion, but in their self-interest. Pakistan discovered this in New York on September 21. The unkindest cut came when even China asked Islamabad to bilaterally solve its tensions with New Delhi. Pakistan’s Permanent Representative in New York, a journalist by profession, succumbed to the temptations of the social media and hastily tweeted that she was going to the UNGA for her “PM’s actress” instead of “address”.

It is well known that speeches by the Pakistan Prime Minister are sent to the General Headquarters (GHQ) in Rawalpindi for vetting. The speech delivered at the UNGA appears to have been drafted by the GHQ without even elementary vetting by Islamabad’s professional foreign service. A young Indian First Secretary, Eeman Gambhir, delivered a befitting response. Her astute reprimand reminded how “the trail” of 9/11 “led all the way to Abottabad in Pakistan”, which stood on the “land of Taxila…now host to the Ivy League of terrorism”.

One of the illusions Pakistan has been harbouring for several decades is that a soft Hindu state, benign at its core and wedded to responsible behaviour, can be bled by a thousand cuts. It has underestimated India on two fronts. One, in the world’s largest democracy public opinion is a potent force. An inflection point has been reached. Even if the Indian state were to wish to continue the policy of acquiescence of the previous three decades, which is not a suggestion that it so wishes, public opinion would not allow it to do so.

Equally, the talk about desiring to isolate Pakistan appears to be somewhat misplaced. Pakistan already stands shamed. Some further shaming, through concrete evidence and dissemination of such evidence will do no harm. Pariah states never feel isolated. What India needs to drive home is that, henceforth, Pakistan will have to pay a price for irresponsible conduct, and that price can be extracted on multiple fronts — political, economic and military.

(Hardeep Singh Puri, a veteran Indian diplomat, has presided over the UN Security Council and chaired its Counter-terrorism Committee. He is the author of “Perilous Interventions: The Security Council and the Politics of Chaos”. This article is with special arrangement with South Asia Monitor/www.southasiamonitor.org)