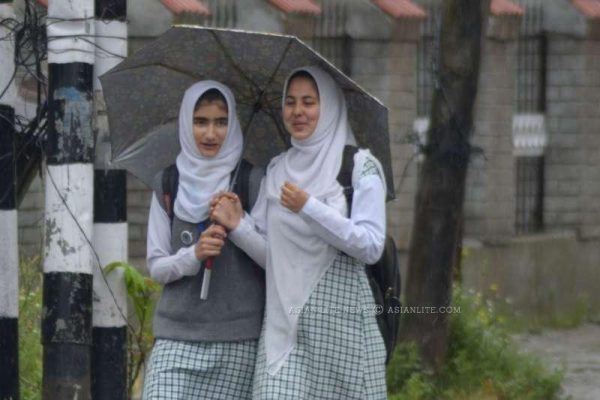 Union Home Minister Rajnath Singh on Thursday squarely blamed Pakistan for the present unrest in Jammu and Kashmir and also said that the neighbouring country is “sponsoring” terrorism in India.

“There can be no denying the fact that our neighbour (Pakistan) is singularly responsible for the present deterioration of the situation in the state,” Singh said while replying to a short-duration discussion in the Lok Sabha that was taken up on Wednesday.

The terrorism that India is witnessing today is “Pakistan-sponsored”, the Home Minister said, adding that though the country was “created in the name of religion”, Pakistan “has failed to keep itself united,” he said.

Rajnath Singh said Kashmir is the integral part of the country and Pakistan was keeping an evil eye on it.

“Kashmir is India’s crown (Mukut). It is heaven and the neighbouring country is keeping an evil eye on it. I am hopeful that the pride of Kashmir will be restored,” he said.

Taking strong exception to the ‘Black Day’ Pakistan observed after the killing of Hizb-ul operative Burhan Wani, Rajnath Singh trained guns at the neighbouring country, saying: “The terrorist was involved in various heinous crimes and activities, and Pakistan need not worry about Muslims in India.”

“Pakistan came into existence in the name of religion but failed to keep the Muslims together and underwent a division. Most of its parts are troubled. So, it will be better for them if they could keep them united,” he said and also invoked former Prime Minister Atal Bihari Vajpayee’s poem to suggest that those who fuel fire in the homes of others get caught in the same blaze.

He also sought support of all the political parties and the members to make united efforts to restore peace in Kashmir.

“The situation in the Kashmir Valley is steadily returning to the normalcy. The essential commodities are being supplied in the curfew clamped areas and the ban which has been imposed on internet has been lifted,” he said. 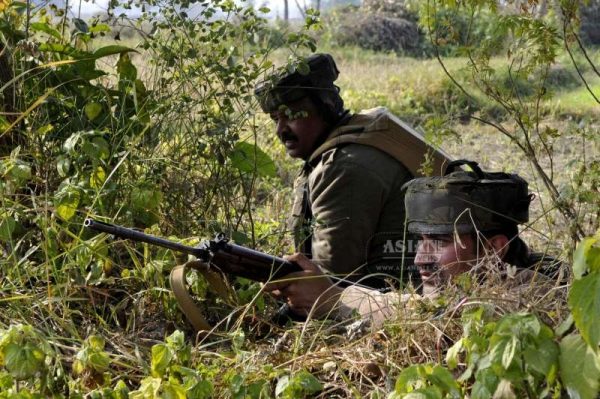 Rajnath Singh also said the NDA government at the Centre is pursuing Vajpayee’s roadmap of “Kashmiriyat, Jamhooriyat and Insaniyat (Kashmiri spirit, democracy and humanity)” towards Kashmir but at the same time there is no room for “inhumanity and violence”.

He denied that the security forces were harsh while controlling protesting mobs in the valley and hastened to add that personally he would always favour that minimum force is used to maintain control.

The minister admitted that “there could be some aberrations” in the form of high-handedness by security forces.

On use of lethal weapons and pellet bullets, which have caused large number of injuries, including eye wounds, the minister said the home ministry will soon set up an expert committee to explore “alternative” to such weapons.

Rajnath Singh also informed the house that 38 civilians lost their lives and one security personnel died while 2,180 persons were injured in the clashes in the valley following Wani’s death.

On the demands of an all-party delegation to be sent to Kashmir, the Home Minister said: “I have spoken to Chief Minister Mehbooba Mufti, who said it could be discussed when she comes to Delhi in the next 2-3 days as the situation there was returning to normal.”

“I myself wanted to go there and stay in a guest house to establish dialogue with the people,” Rajnath Singh said.