Despite the concerns of defence experts, the American administration is going ahead with the sale of F-16 to Pakistan. Arming a perilous system with modern arms had earlier fueled bloodshed and terrorism. Surprisingly, the US taxpayers are paying the price for supplying F-16 to Pakistan….writes Samuel Baid

Lockheed Martin may be mighty pleased to have received an unsolicited certificate from the Obama Administration that its fighter jets, F-16, are a critical part of Pakistan’s fight against terrorism. This was US Secretary of State John Kerry’s argument before the US legislators in favour of the sale of eight F-16 to Pakistan.  About the same time a State Department spokesperson Helaena W. White claimed that Pakistan current F-16s had proved critical to the success of its counter-terrorism and counter-insurgency operations.

But defence experts are happy with the sale of F-16s to Pakistan. They remember the weapons given to Pakistan to fight communism in the 1950-60, were used against it in 1965 in a war that Gen. Ayub Khan forced on India – a non-Communist country. But with communist China-Pakistan had the “high-high-as-the-Himalayas-and-wide-wide-as-the ocean” friendship. Thus, the US gave arms to Pakistan knowing well that its only target was India. To that extent, the US, too, was responsible for the 1965 war. The US arms had given an itch to Gen Ayub to snatch Kashmir by force. Pakistan’s India-only-target chorus has not changed. Its military and civilian leaders made no    bones about India being the target of their nuclear arsenal. Army supported terrorists preach day and night that destruction of India is their “holy” aim. Not many people in Pakistan believe that F-16 is an anti-terrorism weapon. They know that in the hands of their Army it is meant to fight India.

On February 11, the US Senate rejected by 71-24 a joint resolution against the sale of eight F-16, to Pakistan in view of its duplicitous in the US-led war against terrorism. The defeated       joint resolution was moved by the Republican Senator Rand Paul under the Arms Control Act, 1976. Senator Paul emphasized Pakistan was not a credible ally. ‘While we give them billions of dollars in aid we are simultaneously aware of their intelligence and military apparatus assisting the Afghan Taliban’, he said. In another resolution, Congressman Dana Rohrabacher said: ‘The government of Pakistan has been using weapons from the United States to repress its own citizens and especially the people of Baluchistan.’ He said the arrest of Dr. Shakil Afridi was Pakistan’s declaration of hostility towards the US. It may be recalled Dr. Afridi had helped US marines locate Obama Bin Laden in the garrison town of Abbottabad while Pakistan was trying to mislead the US into believing that Osama was dead and, therefore, no point in continuing search for him. The joke is that Pakistan provided safe haven to Osama in Abbotabad but pretended to be a part of the US search for him. 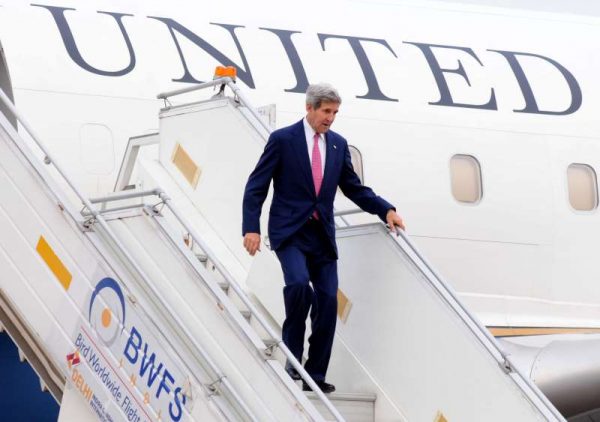 Those who criticise the Obama Administration’s decision to supply F-16s to Pakistan should examine if the US is free to deny them to Islamabad despite all its deceits in the past 14 years. Reports suggest that Pakistan may demand 10 more F-16s. The Jane’s Defence Weekly quoted a senior Pakistani government official that a ‘decision has been made to buy 10 more F-16s. He pointed to the strong resistance to the sale of only F-16s. He also revealed that Pakistan has been looking for other options like from Russia or France. Thus a message has sent to the US through The Jane’s Defence weekly. This is a blackmailing tactics. But the US, Russia and France know Pakistan’s paying capacity. Now the obvious question arises, who will pay for these eight F-16s to Pakistan? The US tax payers as in the past? Even those Congressmen, who did not actively oppose this sale, wanted Pakistan to pay the full price of the eight jets worth $ 699.04 million. These congressmen feel a country that bites the hand that feeds it does not deserve freebies. And Pakistan has already launched a propaganda that these Congressmen acted under India’s pressure.

But the truth is that the Obama Administration not only ignored India’s objections, it also overlooked diffidence to the perpetrators of November 2008 terror in Mumbai and the terrorists who attacked India’s air base in Pathankot this January, while deciding to sell eight F-16s. The Congressmen, who are the target of the Pakistani propaganda, did also not pre-condition this sale to action against the culprits of Mumbai and Pathankot.