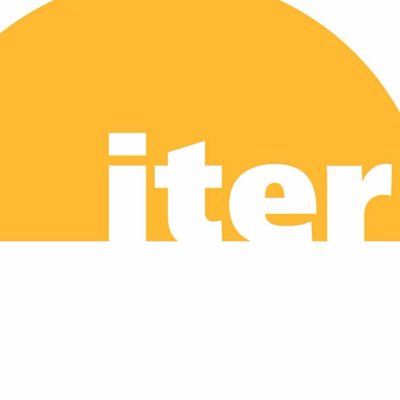 The International Thermonuclear Experimental Reactor (ITER), the worlds largest experimental fusion facility in which India is a scientific partners, will start generating “a new, clean, safe and unlimited light” by 2025, its Director General, Bernard Bigot has said…reports Asian Lite News

ITER aims to prove that fusion power can be produced on a commercial scale. If successful, generations to come will benefit from fusion energy.

The quest to harness fusion power for commercial energy generation has been actively researched since the 1950s. The reason it has taken so long is a combination of science and engineering challenges, Bigot said.

Construction of ITER began in this nuclear fusion facility in the southern French countryside in 2010 and there have been delays in its construction but now have largely overcome, he said.

“The ITER project is very much on track to achieve first plasma by 2025,” Bigot told this visiting IANS correspondent.

This means the reactor is able to generate a molten mass of electrically-charged gas — plasma — inside a core.

Creating controlled fusion requires a force that can overcome the repulsion between two positively charged nuclei, he said.

“Here at ITER we are doing a large-scale experiment to demonstrate the feasibility of fusion energy — one of the biggest challenges of our civilisation,” he said.

ITER means “the way” in latin.

Nuclear fusion, the first industrial-scale fusion reactor, if successful, will illuminate the way to produce clean, cheap, and abundant energy for millions of years. To current estimates this is estimated to happen in the second half of this century

This nuclear fusion facility is an international cooperation among the European Union, Russia, the US, Japan, China, India and South Korea, all contributing with products and expertise.

“But it is clear that fusion is not a quick fix; that would be an exaggeration. But we are clearly getting close to fusion being ready to deliver,” said Bigot. This is why we are beginning to see private investment, and it is why 35 countries are willing to invest in the ITER project,” an optimistic Bigot added.

Bigot does not view fusion to be a “panacea”; ideally, he views fusion as part of a global sustainable energy mix (in combination with renewable) in a clean energy future.

Why fusion technology has taken so long to see the light of day, he replied: “Different scientists have different predictions about the date when fusion will be available.”

“The private sector fusion companies are sometimes promising fusion electricity quite quickly — although we view most such claims with some skepticism. In the view of ITER members, most consider it feasible for fusion to be providing electricity on a commercial scale by mid-century; some are more eager and hope to construct electricity-generating fusion plants sooner than that.”

ITER, the most complex science project in human history, will use hydrogen fusion, controlled by superconducting magnets, to produce massive heat energy.

In the commercial machines that will follow, this heat will drive turbines to produce electricity.

Scientists say a pineapple-sized amount of hydrogen offers as much fusion energy as 10,000 tons of coal.

Bigot said when the scientists prove that fusion is a viable energy source, it will eventually replace burning fossil fuels, which are non-renewable and non-sustainable. “Fusion will be complementary with wind, solar, and other renewable energies.”

Safety is a very high priority for ITER.

“The physics of magnetic confinement fusion (like the ITER tokamak design) is considered to be extremely safe. There is no possibility of a meltdown-type of nuclear accident,” he said.

This tokamak, weighs as much as three and a half Eiffel towers, is a donut-shaped configuration for the containment of the plasma, which is where the reaction at temperatures hotter than the sun will take place.

ITER project had completed over 55 per cent of the “total construction work scope through first plasma”.

First plasma, scheduled for December 2025, will be the first stage of operation for ITER as a functional machine.

A multi-national 20 billion euro initiative as per 2016 estimates, Bigot said for ITER members the financial contribution to the project is 80-90 per cent in the form of components.

“India’s expertise is an investment in Indian companies. This is the strong benefit of being a recognized, reliable partner to the other ITER countries involved (China, the European Union, Japan, Korea, Russia and the US) for large-scale scientific R&D collaboration.

“This also leverages the Indian financial investment: by paying for about nine per cent of the ITER project, India receives access to 100 per cent of the intellectual property contributed by all members,” the Director-General, who assumed the post in 2015, said.

In its facility in Hazira, a port in Surat district in Gujarat, Indian contractor Larson & Toubro is manufacturing segments of the upper cylinder of the cryostat, the giant refrigerator that will house the ITER tokamak, which will produce 500 megawatts of thermal power.

The ITER’s 55 per cent milestone is getting significant attention. The progression rate is in the order of 0.7 per cent per month.

The concept of the ITER project was conceived at the 1985 Geneva Summit between Ronald Reagan and Mikhail Gorbachev.

When the ITER Agreement was signed in 2006, it was supported by leaders like French President Jacques Chirac, US President George W. Bush and Indian Prime Minister Manmohan Singh.

A commercial fusion plant will be designed with a slightly larger plasma chamber, for 10-15 times more electrical power.