An Indian-American author of a new novel inspired by 9/11 wants Indian writers returning their literary awards to protest intolerance to instead change the national mood by telling great stories aimed at challenging divisive forces that want the country to be “mired in the hatreds of the past”.

“Writers are agents of positive social change in societies,” says India-born Surinder Deol, author of “Endless Life” portraying an Indian woman’s search for love and meaning in a world left shattered by the traumatic terrorist attacks of Sep 11, 2001.

“But they should look upon this role as a deep personal commitment and not indulge in acts that are primarily aimed at gaining instant fame,” Deol told IANS in an interview. “Writers can change the national mood by telling great stories or writing great poetry with the objective of challenging and eradicating divisive forces,” he said.

Deol said he for one has “a strong personal commitment to the idea of secularism and a multi-ethnic, pluralistic society where all people irrespective of their faith or caste have equal opportunities for growth as human beings.”

“If we reject this idea, then India will never be a modern, economically developed industrialized country,” he said. “We shall be mired in the hatreds of the past for which we have already paid a very high price in terms of India’s partition.”

Deol, a former World Bank official, said he was inspired to write “Endless Life” after he “watched the images of towers falling down and the Pentagon in flames,” which “I actually saw from the window of my office in (Washington) DC.”

“Those people who died didn’t know that they were not coming back that evening to their loved ones. What if they had some secrets or stories that they had not shared with anyone? Would those stories also die with them?” he mused. 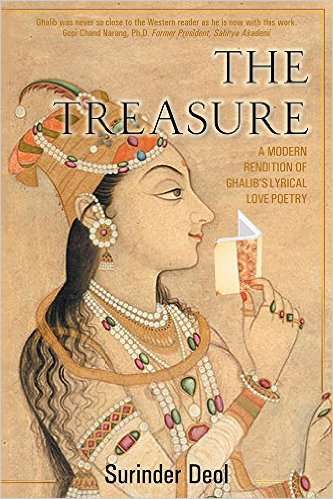 “This idea stayed in my mind for some time and then an image of a woman started to appear in my subconscious,” Deol said. “I started an inner dialogue with her. Who are you? What is your story? Why are you looking so sad?”

“When that woman started to answer these questions I had the outline of a story,” he said, speaking of the genesis of his novel.

Deol chose “Malti” as his main character to relate a tale left untold by 9/11 “because women fiction writers and strong female characters in novels had a great developmental influence on me.”

“Malti’s story is unique because we meet her at the start when she is only 7 and then when the story ends she is 47. This 40-year period gives me sufficient scope to develop the character and put some depth into it.”

“Because her own life runs like a roller-coaster, she is the symbol of what I call ‘endless life,'” Deol said.

He also wanted to weave into the story “the idea of educating young girls,” as “I see this as a major motive force for economic and social development in developing countries like India.”

Explaining the idea behind his novel’s title, Deol said: “Life is not endless that much is known. While this idea that life is endless may not be true at the individual level in a biological sense, it is true in a metaphorical sense.”

As German philosopher Friedrich Nietzsche put it, “Everything goes away, everything comes back; eternally rolls the wheel of being. Everything dies, everything blossoms again.”

“If we apply this logic to one person’s life, we find that life is a roller-coaster. There are bad times and there are good times, but nothing lasts forever,” he said. “What is important is not to lose hope.”

Many readers have however complained about intentional exclusion of the original Urdu text as the book was intended for readers who do not know Urdu or Hindi.

Since a “majority of the readers are actually those who want to see the original text along with the translation,” Deol said, he was working on a revised and enlarged edition of the book that would contain the original text in an easily readable Romanized format.

Besides this, he is researching a novel set in 1960s America that will have no Indian characters and no personal connection with him since he came to live in America in early 1980s.

Deol thinks this “was a period of great hope and excitement in America coupled with great anguish and suffering arising from tragedies like the assassinations of John Kennedy and Martin Luther King, Jr. and Vietnam war.”