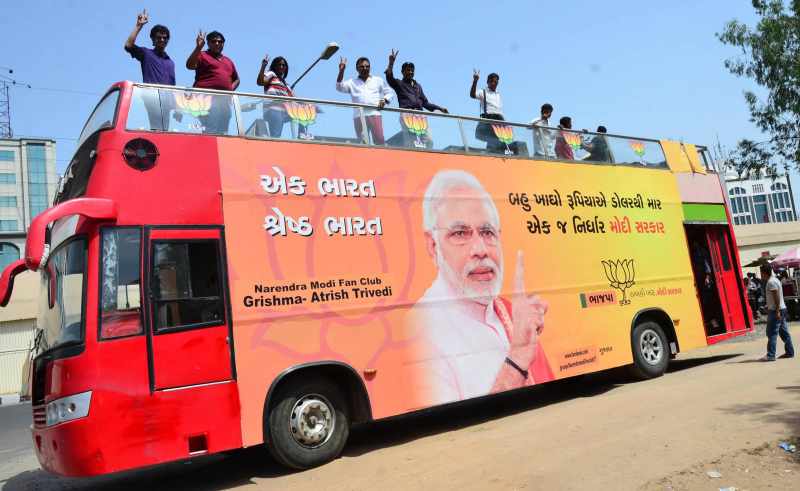 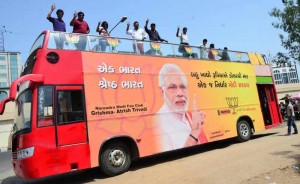 The BJP took a big lead as millions of votes polled in the Lok Sabha election were counted Friday, with its candidates racing ahead of all others in 71 of the 122 seats.

As an army of officials began the mammoth counting process in 989 places across the country, it was clear that a BJP wave was sweeping northern, western and central India, leaving the Congress far behind.

Election officials said all the seats in Gujarat, Madhya Pradesh, Rajasthan and Chhattisgarh, all ruled by the Bharatiya Janata Party, were going the BJP way.

Congress president Sonia Gandhi was in the lead in Rae Bareli in Uttar Pradesh.

Congress candidates were in the lead in 32 constituencies, mainly in the country’s south. Other parties were ahead in 19 places.

An estimated 550 million people voted in the staggered Lok Sabha election that ended May 12.

Exit polls have predicted a victory for the BJP and its allies.