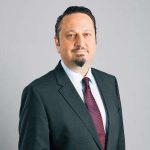 IMI Holding is a privately-owned investment company focused on building a portfolio of quality digital first, relevant and responsible news content for audiences around the world.

Bouran, a seasoned and well-respected media executive, brings over 30 years of global, in-depth expertise that will support IMI Holding’s growth and expansion ambitions while ensuring the continued success of its various media assets.

Prior to joining IMI Holding, Bouran served as Senior Vice President for News, Programming and Transformation at US-based Middle East Broadcasting Networks (MBN) where he oversaw global programming operations and spearheaded its international programme strategy. Bouran was also the launch director of Sky News Arabia in Abu Dhabi, serving as CEO and Head of News from 2011 to 2018, where he helped establish the channel as a credible source of news in the Middle East and North Africa region and transform and grow its broadcast and digital platforms.

“I am excited to return to the UAE to support IMI Holding build on its successes and oversee its expansion plans,” said Bouran. “Over the years, the company has successfully diversified its media assets, acquiring promising investments and fostering others to deliver market leading digital first content that speaks to audiences from across the region. I am confident that there is much more than we can achieve together as a group with the support of colleagues from across the various investments under IMI’s umbrella through closer collaboration, integration and hard work.”

Other roles held by Bouran included Director of Television for the Reuters News Agency, Director General of the Jordan Radio and Television Corporation, and Director of News Centre for Abu Dhabi TV. He is a graduate of International Relations from Syracuse University.

As an investment company, IMI Holding acquires digital assets, works to enhance their operational efficiency and invests in developing and expanding their reach. Since establishment, the company has continually expanded its investments to become a partner of choice for media organisations in the region and around the world. Important assets in its portfolio include The National and Al Ain Media Platform (Al-Ain.com) in Abu Dhabi, The Vision, which provides a digital media platform for the younger generation, and a 50 per cent stake in Sky News Arabia, a joint venture with Sky UK, as well as a minority stake in Euronews. 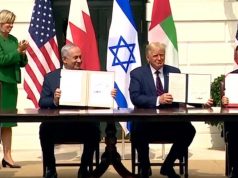 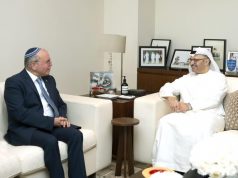