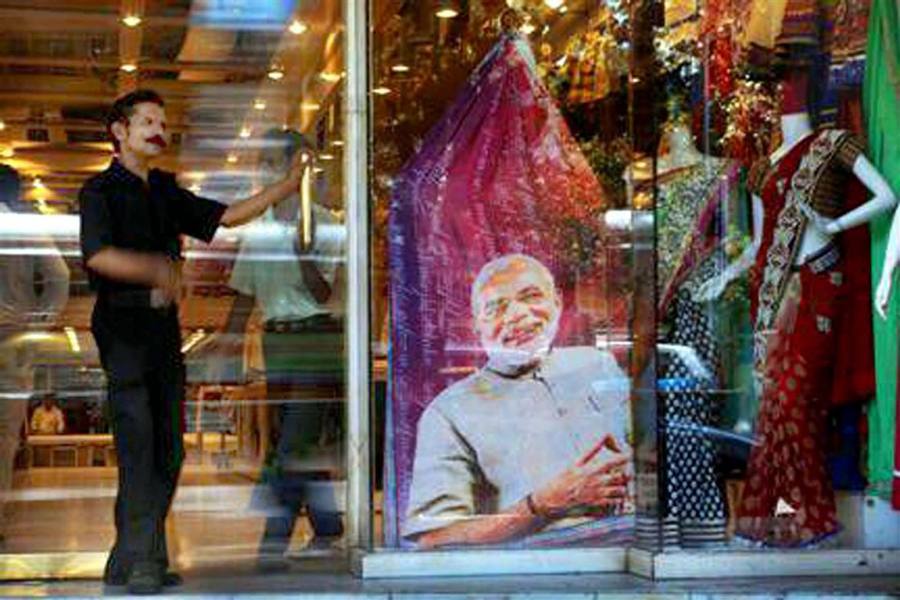 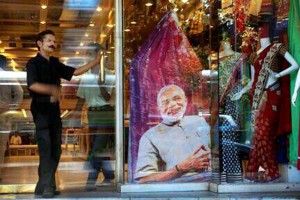 India’s most bitterly fought national election ended Monday evening, with some 60 percent of the 66 million electorate in three states voting in the 10th and last leg of a contest widely tipped to end a decade of Congress rule.

The Election Commission said the balloting ended in Uttar Pradesh (18 seats), West Bengal (17) and Bihar (six), marking the culmination of over five weeks of electoral process during which more than 500 million voters came out to elect a new 545-member Lok Sabha.

Most interest nationally on the final day of polling Monday was on Varanasi in Uttar Pradesh where BJP veteran Narendra Modi, who will be the new prime minister if the BJP-led NDA coalition wins, was a candidate, his might challenged by AAP leader Arvind Kejriwal and the Congress.

Barring stray clashes and allegations of voter intimidation in parts of West Bengal, Monday’s voting too passed off peacefully in a tribute to the world’s largest democracy.

As in the past, the Bharatiya Janata Party (BJP) said it was confident of forming the next government.

“We will cross the half-way mark of 272” (in the Lok Sabha), party spokesman Prakash Javadekar told IANS. “And there will be a government led by Narendra Modi.”

Exit polls are expected within an hour, while the actual counting of the millions of votes polled across the country will take place Friday.

Monday saw a key index of the Bombay Stock Exchange closing at an all-time high, just before exit polls started pouring in, gaining over 550 points or nearly 2.5 percent intra-day.

Even as voting started, serpentine queues of men and women voters were seen at most of the 71,254 polling centres in Uttar Pradesh, Bihar as well as West Bengal.

The turnout was so heavy in Varanasi that some voters complained that they had been standing in the queue for as long as four hours.

More than 50 percent of the electorate had voted within the first six hours of polling that began at 7 a.m. Balloting continued right up to the time the polling centres closed in the evening.

In Varanasi, Aam Aadmi Party’s Kejriwal, a former Delhi chief minister, claimed he was sure to defeat Modi. “The situation has changed in the last three days, and now everyone is saying Modi is losing.”

Kejriwal insisted that the Varanasi battle was no more a triangular contest. “(Congress candidate) Ajai Rai does not feature anywhere. I feel it is a direct fight with Modi.”

The BJP is equally confident of ensuring Modi’s win by a huge margin in Varanasi, the second Lok Sabha seat from where the Gujarat chief minister is contesting besides Vadodara in his home state.

Modi Monday urged the electorate to vote in large numbers. His appeal, telecast by television news channels, triggered an immediate protest from the AAP which called it a violation of the model code of conduct.

Ajay Rai courted controversy when he walked into a polling station with the party symbol tucked on his kurta — a violation of electoral laws.

Officials reported brisk polling in the other 17 constituencies of Uttar Pradesh too, including Azamgarh where Samajwadi Party chief Mulayam Singh Yadav is considered the front-runner.

In Bihar, almost 55 percent of the electorate had voted by 4 p.m.

The highest polling of nearly 70 percent was reported till 3 p.m. from West Bengal, where the ruling Trinamool Congress is battling the Congress, the Left and a resurgent BJP in 17 Lok Sabha seats.

The opposition accused the Trinamool of unleashing violence to intimidate voters. They claimed that a number of their polling agents were driven out of booths. The Trinamool denied the allegations.

Some 20 people were injured in clashes between CPI-M and Trinamool activists in Haroa, about 40 km from Kolkata.