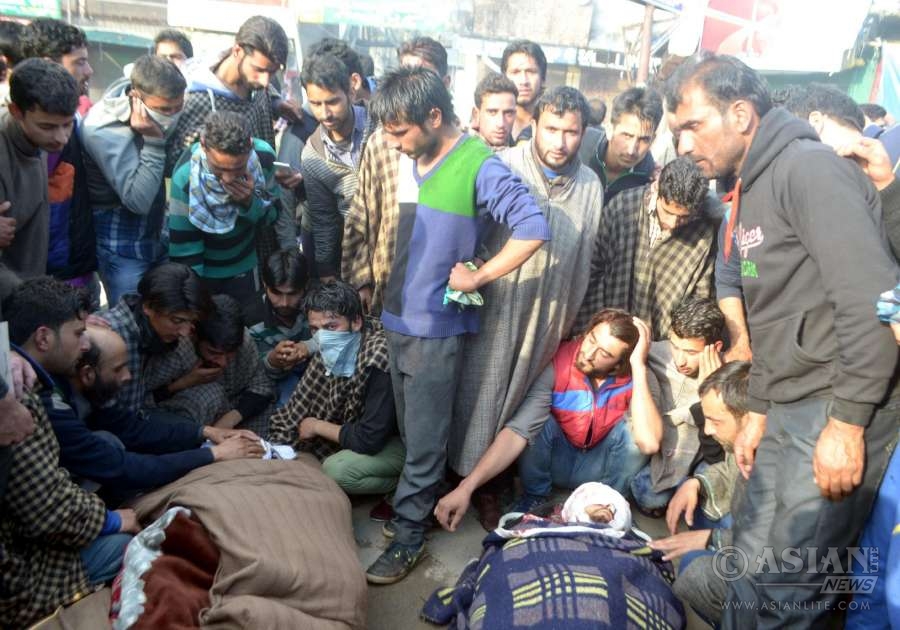 The toll from a firing incident in Jammu and Kashmir’s Kupwara district rose to three on Wednesday as another critically injured civilian has died, officials said.

Doctors at the Sher-e-Kashmir Institute of Medical Sciences (SKIMS) in Srinagar said Raja Begum, 54, who had been admitted to the super specialty hospital on Tuesday, succumbed to a critical bullet injury.

Twenty-two year old Muhammad Iqbal and 21-year old Nayeem Bhat had died on Tuesday after clashes erupted in Handwara town between the security forces and a stone pelting mob.

Trouble erupted after locals alleged that a girl had been molested by an army soldier in the town.

Authorities have imposed curfew in Handwara town where tension has increased further after reports of death of another civilian reached the town.

District Magistrate Srinagar, Farooq Ahmad Lone has said the imposed restrictions will not apply to the members of the Sikh community who are free to move about in areas placed under restrictions because of the Sikh festival of Baisakhi.

The burial of the two youth killed on Tuesday has still not taken place and it is expected the burial would take place on Wednesday.