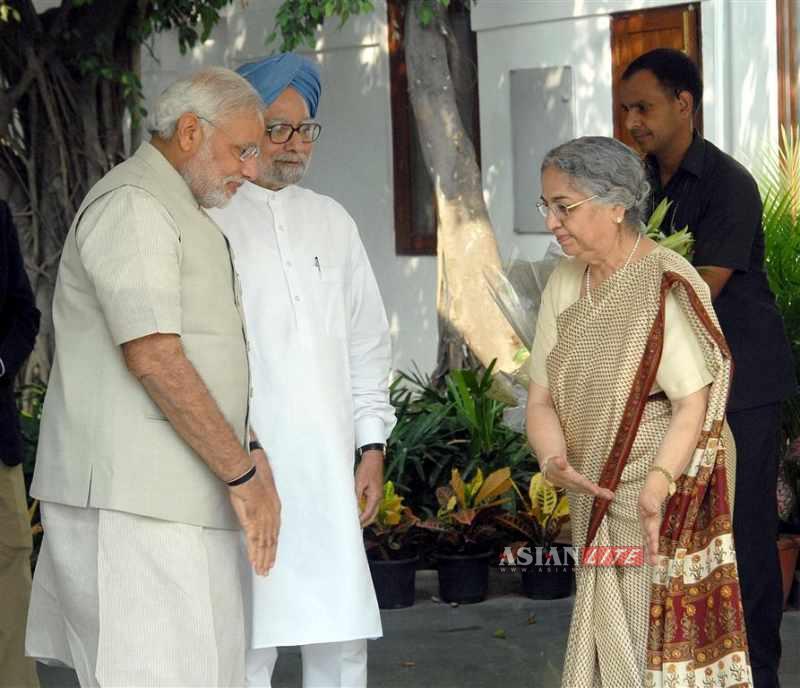 It was an action-packed Day One for Prime Minister Narendra Modi. From holding “good and substantive” meetings with leaders of seven SAARC countries, including his Pakistani counterpart Nawaz Sharif, to announcing an SIT to investigate about black money stashed abroad, the 63-year-old leader set a scorching pace after formally assuming office Tuesday.

In the nearly 30-minute meeting beginning 9.30 a.m., the two discussed, among other things, India’s commitment towards a “prosperous and sovereign” Afghanistan.

Between 10 a.m. and 12 noon, Modi then held a series of meetings with the heads of the neighbouring countries who had come at his invitation to attend his swearing-in Monday at Rashtrapati Bhavan or the presidential palace.

As he spent some time with each of these leaders, his meeting with Pakistani Prime Minister Nawaz Sharif began behind schedule at 12.10 p.m.

In the nearly 45-minute-long meeting, he discussed with Sharif a wide-range of issues including terrorism. Both sides, however, hoped to start a new chapter in their strained bilateral ties.

He then met Bangladeshi parliament Speaker Shirin Sharmin and pressed for border management. He also hinted that India was not averse to holding talks with the neighbouring country over the Teesta water sharing agreement.

After his diplomatic engagements, Modi then went and met former prime minister Manmohan Singh at his 3 Motilal Nehru Marg residence.

He then chaired his first cabinet meet at the South Block.

“It is a matter of great satisfaction that we have constituted an SIT to bring back black money as per Supreme Court orders,” Prasad said.

“The highest level of financial, revenue and economic management of the country are members of the SIT. This indicates the commitment of the new government of India,” he said.

Although there is no official figure, various estimates put the quantum of black money stashed abroad at up to $1.4 trillion.

The BJP in a report in 2011, when it was in the opposition, had estimated India’s black economy to be between $500 billion and $1.4 trillion. The BJP in its poll manifesto had also promised to bring back black money.

Modi rounded up his chock-a-block day at 7.15 p.m. when he returned to Gujarat Bhavan — his temporary residence till he finally shifts to 7 Race Course road, the official residence of the prime minister.

But the day was not yet over for him. He held another round of meetings with officials.