Though the fledgling real estate sector facing a slowdown due to the weak residential segment showed signs of recovery this year with affordable and mid-segment housing driving sales amidst largely stagnant prices, the liquidity crisis gripping NBFCs, a major source of funding for realty, put the brakes on recovery. And with the assembly polls and upcoming general elections further casting a pall of uncertainty over the liquidity situation in the New Year, real estate is headed for a turbulent turnaround…writes Vinod Behl 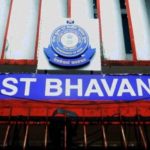 This year, the spotlight was on the dominant residential segment. With key reforms of RERA and GST settling in and the disruptive impact of demonetisation fizzling out, residential real estate staged a recovery, propelled by substantial interest subsidy (up to Rs 2.67 lakh) and lower GST (8 per cent) on affordable and mid-segment housing.

The availability of a sizable chunk of ready-to-move housing stock with zero GST contributed significantly to the recovery by pushing sales. This was made possible by debt-ridden developers focusing on completing and delivering projects due to stringent RERA rules and compulsion to generate cash flows. By H1, over 3.5 lakh homes, according to market research, were delivered in seven top cities.

bridge the housing deficit, especially in urban India, where, according to Magicbricks.com, 9 lakh houses, mostly affordable and mid-segment, were completed over three years.

This year was marked by reforms like the liberalisation of FDI in retail, an IBC amendment treating home buyers at par with banks and institutional creditors and the government extending the interest subsidy benefits under PMAY to mid-segment housing. In fact, it was a year consumers as investors stayed away due to stagnant prices and concerns over the completion of projects.

The stressed developers offered attractive discounts and deals to cut unsold inventory and generate revenue. By the end of the third quarter this year, there was double digit growth in sales. Despite this, the confidence of home buyers was still low as the

benefits of reforms, especially RERA, did not benefit them much. In fact, they hardly got any relief in terms of refunds or completions/deliveries of projects. The liquidity crisis precipitated by NBFCs adversely impacted the completion of projects. Similarly, under GST, home buyers were deprived of the benefits of Input Tax Credit.

affordable housing in the residential segment. The office space leasing is

expected to touch the 39 msf mark in the top seven cities.

investors in this segment, with tier 2 & 3 cities significantly contributing to the growth of retail real estate, along with metros.

Going forward, real estate will continue to face rough weather in the first half of 2019. Stalled housing projects continue to be stumbling blocks in the growth of the sector, especially with buyers staying away from risky under-construction projects, depriving them of realising the full benefits of the government’s interest subsidy scheme under PMAY.