Tamil Nadu’s ruling AIADMK announced it will fight the Lok Sabha elections in alliance with the PMK and BJP, allotting seven and five of the 39 seats respectively to them…reports Asian Lite News

As per the deal signed by the three parties at a five star hotel here, the Pattali Makkal Katchi (PMK) will also get a Rajya Sabha seat to contest in 2019.

AIADMK Coordinator and Deputy Chief Minister O. Panneerselvam told the media that both the PMK and BJP will support the AIADMK in the Assembly by-elections due in 21 constituencies.

The AIADMK, under the leadership of then Chief Minister J. Jayalalithaa, won a staggering 37 of the 39 Lok Sabha seats in Tamil Nadu in 2014. The BJP and PMK won one seat each, all three parties fighting on their own strength.

The first to go off the block on Tuesday was the pact with PMK, whose strongholds lie in the Vanniyar-belt in Tamil Nadu.

“Under the AIADMK-led alliance for the 2019 Lok Sabha polls, PMK gets seven Lok Sabha seats. It will also get one Rajya Sabha seat,” Panneerselvam told reporters.

“This is a mega and strong alliance that will win in the Lok Sabha polls,” PMK Founder S. Ramadoss told reporters, a sentiment echoed by Union Minister and Tamil Nadu in-charge for BJP Piyush Goyal.

The PMK won six seats in the 2004 Lok Sabha election — its highest so far.

Piyush Goyal said: “We have agreed to contest the elections under the leadership of Chief Minister K. Palaniswami and Deputy Chief Minister Panneerselvam. All 40 seats in Tamil Nadu (39 seats) and Puducherry will be won by us.”

Asked about other parties like the DMDK, Goyal said the alliance will take place in due course of time. He said he will be meeting DMDK leader Vijayakant.

The DMDK is expected to contest three seats, smaller parties a few more and the AIADMK 20 Lok Sabha seats in all, according to political sources.

In the 1999 Lok Sabha polls, the BJP won four seats from Tamil Nadu — its highest from the state.

Earlier, Ramadoss said the party had submitted several conditions the AIADMK had to fulfill.

Ramadoss explained the rationale for the tie-up: “PMK and AIADMK have agreed to fight and secure schemes for the welfare of Tamil Nadu in the central government that would be formed post elections.

“It is believed that the small compromise in the alliance matter, it would be beneficial for Tamil Nadu.”

According to him, the AIADMK government had accepted many of PMK’s suggestions.

Though PMK’s stand was to have no alliance with AIADMK or DMK since 2011, several changes have occurred in Tamil Nadu since then and the state’s rights have been abrogated in different means.

The PMK founder said the party should have sufficient number of members in the Lok Sabha to protect the state’s rights.

Signs of an AIADMK-PMK deal were in the air as Ramadoss, who used to be very critical of the ruling party, remained silent on the issue of software company Cognizant Technology Solutions bribing Tamil Nadu government officials to get construction permits. 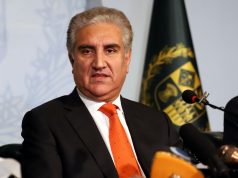