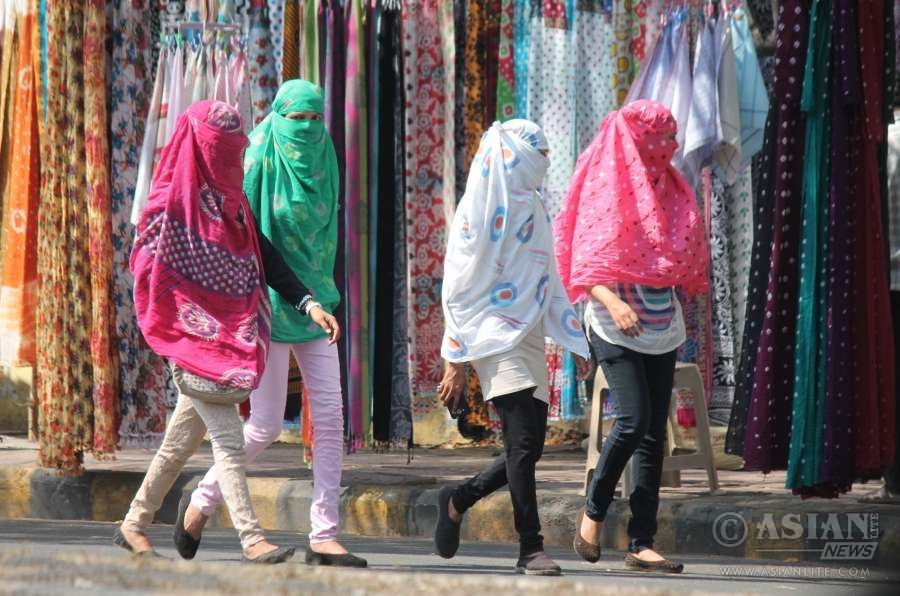 As sun blazes down, April is the new May-June in Uttar Pradesh . . . . By Mohit Dubey

If forty degrees centigrade is the new thirty today, consider April to be the new May-June. Or so says the rising mercury, which indicates that the sweltering heat and soaring temperatures are here to stay as this summer seem to be on a record breaking spree across Uttar Pradesh.

The situation is so sweatingly hot that the mercury has already touched a scalding 45.4 degrees Celsius in Banda district of UP. Met officials wryly say this is just the beginning and the coming days and weeks are going to be worse.

According to predictions of the scientists at the regional Met office here, major places that are going to “feel the heat” in days to come include Agra, Allahabad, Aligarh, Bahraich, Banda, Jhansi, Kanpur, Lucknow, Sultanpur and Varanasi.

Temperatures in most of these places, over the last one week, have beaten past records and are now hovering between 42-44.3 degrees at many places.

In Agra, the land of Taj Mahal, temperatures next week are expected to touch 43-plus degrees. This week they have been anywhere between 41-42 degrees. Last year, the maximum was in May at 43.8 degrees.

In Allahabad, the temperature has touched 45 degrees and is likely to inch slightly up in the coming week. Last year, the maximum was 47.3 degrees in May.

Banda, having already topped the heat index charts at 45 degrees, is likely to maintain the momentum without any sign of relief.

Varanasi is likely to touch 44 degrees, something not experienced seen since May 2010.

Kanpur, known as a city of extremes is set for a record-setting summer in April as the Met officials predict the day temperatures will touch 44 degrees next week.

On April 16 this year, a 45-year-old record was shattered here with mercury crossing 43 degrees in April. The last time the heat touched this high was in 1971. This state capital, already ‘hot’ with hectic politicking, is likely to see the mercury climb up a few notches and touch 43.5 degrees. It was in May in 2012 that the temperature came close to this.

While some weathermen may blame global warming for the rising temperatures and scary summer, northwesterly winds and clear skies have added to the heat, regional Met director J.P. Gupta told , adding that in 2009 too, the mercury had touched 44 degrees in April. Last year, however April saw widespread rains — 199 mm — leading to large-scale crop damage.

School timings in the state capital and many other places have been revised and children return home by 12 noon to avoid the perils of the heat. Sources say the state government was also mulling an early summer break owing to the heat.

And, animals in the Lucknow zoo and the lions at the Etawah safari park are being provided coolers and energy drinks to help them beat the heat.

If this is what April has to offer, one wonders what’s in store in May and June.