A sudden squall Friday evening took Delhiites by surprise disrupting road, rail and air traffic as well as Metro services and led to three deaths in the national capital. The dust storm accompanied by heavy showers led to a drop in the soaring temperature but not before it left in its wake broken tree branches, overturned cars and power outage. 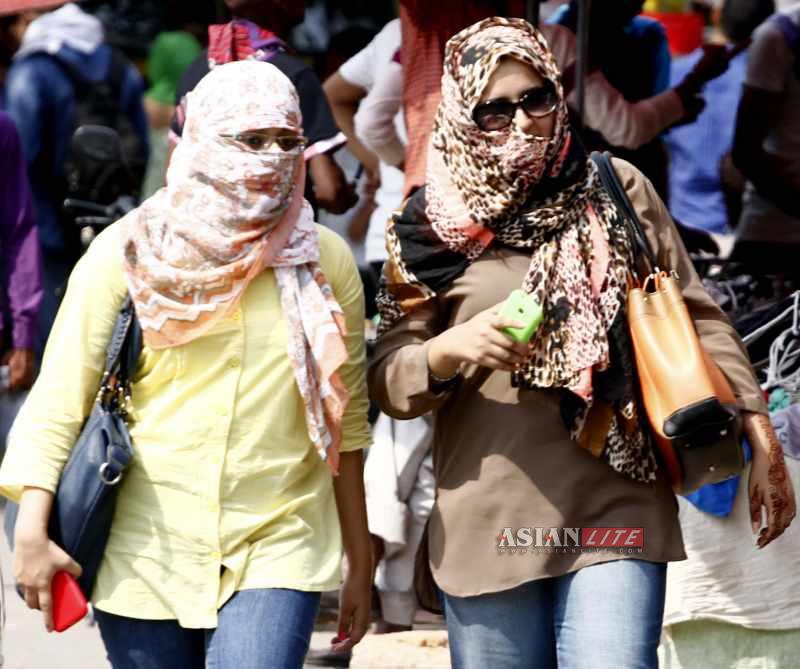 Three people, including a woman, were killed in separate incidents. While an 18-year-old woman was killed after an overhead power line fell on her in the Najafgarh area in west Delhi, a 20-year-old youth was killed when his throat was slashed after a tin sheet fell on him in Vivek Vihar in east Delhi. A 24-year-old cab driver was crushed to death when a tree fell on his car in IP Estate area in central Delhi.The squall led to huge traffic jams across the capital, especially in Shahadra (east Delhi), Punjabi Bagh and Uttam Nagar (West) and Burari (North) besides many parts of south Delhi. Over a dozen people were injured in separate incidents. Five aircraft, including of Spice Jet, Blue Dart, Go Air and Air India, parked at IGI terminal here were damaged in the squall, while 21 flights, including four international, were diverted.Delhi Metro services were hit on two of its busiest lines: Yellow line from Jahangirpuri in Delhi to HUDA city centre in Gurgaon and the Blue line from Dwarka Sector 21 to Noida City Centre/Vaishali.Passengers were asked to de-board from the metro trains at some stations after technical faults caused by the storm hit the Metro services, leaving hundreds of commuters stranded.Train services were also hit with around 100 trains affected.Power supply was also hit in many areas in the national capital.“In many places, trees fell on the electrical wires, which led to power outage in the areas,” a source from the BSES told IANS.Though the rain and squall lasted for about half-an-hour only, it brought the national capital to a standstill with incidents of many trees being uprooted reported as well. Incidents of cars and houses being damaged due to falling trees and tree branches were reported from many areas.The national capital received 0.6 mm of rainfall till 8.30 p.m.The sudden change in weather followed a massive storm that darkened the sky in the early evening with strong winds felling trees and forcing office-goers on their way home to run for shelter. “The storm was so strong that it caused a pillar to fall on a parked car,” said journalist Ranjana Narayan.“It was one of the worst storms I have ever seen. Suddenly everything turned dark,” student Saratha Sonowal, who was stranded on the Moolchand flyover in south Delhi, told IANS.However, the skies cleared later on.Delhi witnessed the hottest day of the season earlier in the day with the maximum temperature recorded at 43.7 degrees Celsius — though two notches below the season’s average. The rain appreciably brought down the temperature much to the relief of residents.The weather office held out hope of better weather Saturday too.“The skies will remain clear in the morning but will turn cloudy noon onwards. Some parts of the city may receive rainfall,” an official of the India Meteorological Department told IANS. The temperatures are likely to hover around 42 degrees and 30 degrees Celsius.The minimum temperature Friday was recorded at 29.1 degrees Celsius, two notches above the season’s average.