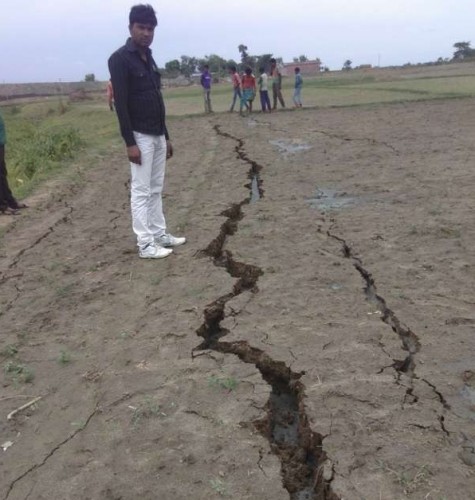 The toll in Bihar following massive earthquake has touched a total of 15, officials said here.

“We have confirmed the toll from concerned officials across the state. However, it may rise, if fresh reports of earthquake casualties are confirmed after verifications,” officials said.

The epicentre of the earthquake was in Kodari, Nepal and it measured 7.3 magnitude on the Richter scale. The tremors were also felt across north India.

Fear of aftershocks has caused panic among Patna people after the local Met department warned of possible tremors in the next 24 hours.

“Thousands of panic-stricken people, mostly residents of high-rise buildings and houses in congested lanes, spent Tuesday night in parks and Gandhi Maidan. They had earlier done the same when the first earthquake occurred on April 25,” a district police official said.

Bihar Chief Minister Nitish Kumar visited the parks and interacted with the people. He appealed to them to not give credence to rumours that may flood social networking sites. In addition, he also requested people to stay calm.