After the NDA’s victory and the complete decimation of the UPA-II in the 2014 polls, the Opposition was stunned into inaction. However, it recovered quickly and set about initiating a process of transformation. Most major Opposition parties, including the Congress and the Janata Parivar, have re-invented themselves and modified their approach to take on the Modi juggernaut…writes Sreeparna Chakrabarty 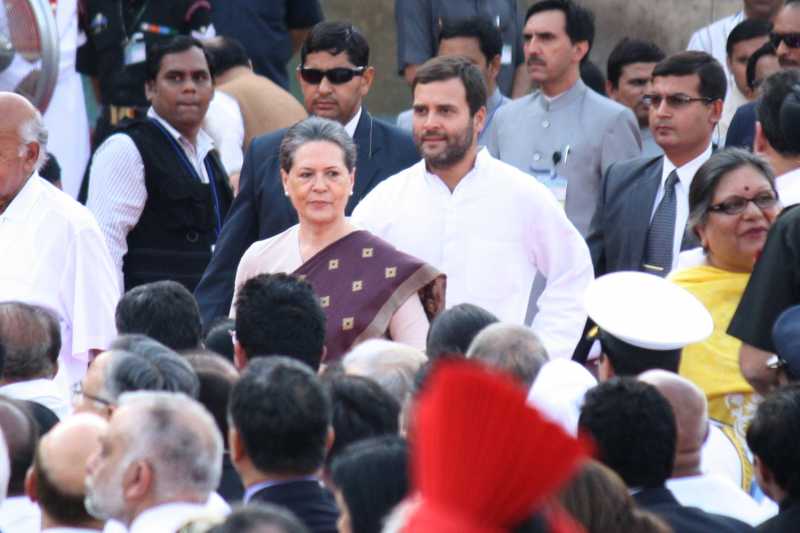 The Modi government’s first year in office and its brute majority has spurred the Opposition on instead of crushing it. Increasingly, the ruling party has been put on the mat over various issues. In recent months, the move to pass the land acquisition bill has also backfired for the government.

After the NDA’s victory and the complete decimation of the UPA-II in the 2014 polls, the Opposition was stunned into inaction. However, it recovered quickly and set about initiating a process of transformation. Most major Opposition parties, including the Congress and the Janata Parivar, have re-invented themselves and modified their approach to take on the Modi juggernaut.

“The Opposition is co-ordinating its actions not only in Parliament, but also in the state assemblies,” Rajeev Shukla, Congress Rajya Sabha member and the party’s floor manager in Parliament when the UPA-II was in power, said.

He, however, credited PM Narendra Modi for galvanising the Opposition into a unified force.

“Modi has managed to be very unpopular in his first year in power. He made many promises and could not fulfill them. He had made promises without considering the practical reality. Most of his policies are those which Manmohan Singh was pursuing,” Shukla added.

He said that “farmers are unhappy and most businessmen, except some, are also unhappy” with the current government.

The Opposition unity was especially on display when almost all parties came together to protest against the land acquisition bill outside Parliament at the beginning of the just-concluded budget session. Congress president Sonia Gandhi led a rally against the bill to Rashtrapati Bhavan.

Mohammed Salim, a new entrant to the CPI-M politburo, however, differed from the perception that the consolidation of forces by the Opposition had anything to do with Modi and his stupendous electoral victory.

“We have been trying to come together on the basis of secular ideals for the past 30 years,” Salim told IANS.

The renewed efforts by the Left parties at floor management – even with bitter rivals like the Trinamool Congress – points to this effort to consolidate the Opposition.

“The floor management of the Opposition is better than that of the NDA. And outside also there should be more consolidation of Opposition on similar issues,” Salim said.

The all-round disappointment with the Modi government is also making the Opposition take up causes together, he said.

“The government has been on the defensive on a lot of issues and the land bill is the major one,” Salim added.

Smaller parties like offshoots of the erstwhile Janata Party/Janata Dal are, on their part, are trying to maintain their relevance by coming together.

Six parties with socialist roots have announced that they are merging to form a single party headed by Samajwadi Party chief Mulayam Singh Yadav.

The six – the Samajwadi Party, the JD-U, the Rashtriya Janata Dal, Janata Dal-Secular, the Indian National Lok Dal and the Samajwadi Janata Party – are expected to come together on a common platform before the Bihar elections later this year.

“The process of all Janata parties coming together will be finalised very soon,” JD-U leader K.C. Tyagi told IANS.

“We welcome Rahul Gandhi’s activism and Sitaram Yechury’s elevation as the CPI-M general secretary. The Modi government is from now on going to face a very united opposition,” asserted Tyagi.