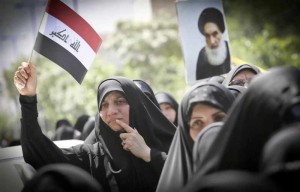 Authorities in war-hit Tikrit are hopeful of the safe evacuation of the 46 Indian nurses stranded in a hospital there, an International Committee of Red Cross (ICRC) spokesperson said over phone from Erbil in Iraq Wednesday.Tikrit was seized by armed militants of the Al Qaeda-inspired Islamic State in Iraq and Greater Syria (ISIS) who drove into the city and occupied the provincial government headquarters June 11.

The ICRC has been overseeing “the safety and security” of the stranded nurses for the past week, while providing them with on-ground assistance, mobile phones and related items that have kept their families informed about their safety.

Elaborating on its efforts, ICRC spokesperson Saleh Debbakeh said the Red Cross staff members have been in constant touch with the nurses and with the Indian embassy in Iraq so far.

“As ‘neutral intermediaries’, we are trying to facilitate safe passage for the nurses with ‘groups’ who have effect on the ground,” Debbakeh said.

Reacting to the points raised by militants and by authorities in the discussions, Debbakeh said it was “a very complex thing”.

“We continue to talk, but we are not there yet,” he added.

However, the on-going discussions with the Iraqi government and the militants could not to be disclosed, as such information could affect the chances of the nurses to get out of the hospital, ICRC said.

The ICRC’s Near and Middle East public relations officer Sitara Jabeen said that the nurses have been working well in the hospital barring some issues like power outages and water shortage that have cropped up since it became a conflict zone.

She said the ICRC’s main objective is taking care of logistics.

“How many opt to get out of the hospital, it is their individual choice,” Jabeen added.