Troubles have compounded for the “on-the-run” former Goa minister Francisco “Mickky” Pacheco with the AAP now accusing the state government of allowing him to get away with a loan default of around Rs.5 crore taken from a government-run corporation.

Pacheco, whose conviction in an assault case was upheld by the Supreme Court in May, has been untraceable for more than a month.

The opposition, across party lines, is now accusing the government machinery of aiding him in his escape.

Pacheco first defaulted on a loan of Rs.4 crore he had taken to buy a river barge.

What’s worse, Pacheco and his wife Viola Fernandes, both directors of Ms. Giovanni and Zebronni Shipping, which had taken the loan, gave a cheque of Rs.50 lakh as an initial repayment but it bounced.

“If it was you and me who had given a bounced cheque, we would have been in jail. Instead Pacheco was rewarded with a minister’s berth in the government,” Naik told IANS.

The AAP also questioned why the EDC did not subsequently pursue the matter despite an order from the court to do so.

“The EDC instead made a suo moto offer to the minister of a special one-time settlement scheme under the settlement of accounts of mining affected. Pacheco even failed to make the down payment which was a prerequisite to avail the scheme,” he said.

“What is the government doing to recover these dues and why are they not moving to attach Pacheco’s assets despite a court order to do so,” Naik asked.

According to documents supplied by the AAP, both Pacheco and his wife have assets of Rs.12 crore while the outstanding amount is Rs.5 crore.

While Pacheco is “missing”, his wife was unavailable for comment.

Pacheco was the minister for archives and archaeology in the BJP-led coalition government until he was forced to resign when the Supreme Court upheld a Bombay High Court order sentencing him to six months imprisonment and a fine.

Pacheco, who has a history of criminal cases against him ranging from extortion, assault, bigamy, money laundering and human trafficking, loan default, has been missing since April 9.

He has failed to pay heed to an order asking him to surrender, and police have been unable to serve the arrest warrant issued against him.

A local court had also issued a warrant to search 10, Akbar Road, the official residence of Defence Minister Manohar Parrikar for Pacheco, but the order was stayed after the state government appealed against the order.

Inspector General of Police Sunil Garg told IANS that efforts to trace Pacheco were still on.

“We are still on the lookout for him. A reward of Rs.25,000 for any information on Pacheco has been announced. A police team is also in Delhi to arrest him,” Garg said. 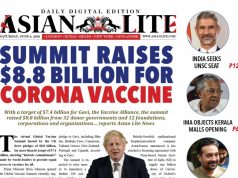 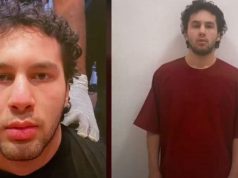