Even though six of India’s least developed states — among eight high-focus states in government jargon — spent more on education per elementary school student in 2014-2015 when compared to 2011-2012, learning outcomes of students did not improve, according to an IndiaSpend analysis of expenditure data and learning outcomes….writes Ojaswi Rao

Education expenditure per student includes both students in government schools and in government-aided schools.

By 2030, India will have the world’s largest working age population — 1.03 billion. More than half (55.8 per cent) of its child population between the ages of six and 13 years lives in nine of the least developed states — Assam, Bihar, Chhattisgarh, Jharkhand, Odisha, Madhya Pradesh, Rajasthan, Uttar Pradesh and Uttarakhand — according to data from Ministry of Human Resource Development, and will make up the majority of the workforce.

Less than 18 per cent of Grade III students in Bihar, Uttarakhand and Madhya Pradesh, less than 30 per cent in Assam, less than 25 per cent in Chhattisgarh and Jharkhand, and less than 21 per cent in Odisha could read words, according the 2016 Annual Status of Education Report (ASER). Poor education could hold these children back from being productive and efficient, negatively impacting India’s growth and development of its population.

Until now, the government’s emphasis in the education sector appears to have been on physical infrastructure such as availability of drinking water and the use of toilets, and on measures to increase student enrollment.

For instance, Bihar’s gross enrollment ratio (GER) in primary school increased from 59.8 per cent in 2011-12 to 98.07 per cent in 2014-15, according to data from the Unified District Information System on Education (U-DISE).

Other than in Madhya Pradesh and Rajasthan, dropouts reduced in all high focus states between 2012 and 2016.

An excessive focus on outputs has resulted in assessing physical infrastructure creation, provision of teaching and learning materials, appointment of teachers, etc., rather than monitoring the learning process to see how many children have learned what.

“We have looked at the education sector and we believe that we have been able to get the child to the school. The effort now would be to impart quality education to the child,” Anil Swarup, , Secretary, Department of School Education and Literacy, said.

Niti Aayog, the government think tank, is in the process of formulating a School Education Quality Index, the aim of which is to “shift the focus of States from inputs towards outcomes, provide objective benchmarks for continuous annual improvements, encourage state-led innovations to improve quality and facilitate sharing of best practices,” according to a 2016 press release.

Surveys find that absenteeism in school is high, which could impact learning. For instance, in Uttar Pradesh, where spending per student increased 40 per cent between 2011 and 2014, about 55.8 per cent students were present on the day of a survey in 2016, little change from the 56.7 per cent present in school in 2012.

Further, only 51.2 per cent government teachers were professionally trained in Assam in 2014-2015, data show, even though the state spent the highest proportion of its social sector budget (24.7 per cent) of all high focus states on education.

In contrast, 88.2 per cent government school teachers were professionally trained in Mizoram, a neighbouring state which spent 17.4 per cent of total expenditure on education in 2014-15.

High focus states receive a greater share of resources under the Sarva Shiksha Abhiyan (SSA), the government’s flagship scheme for elementary education which aims to provide universal education to children between the ages of 6 to 14 years.

SSA funds might not be utilised optimally, according to an analysis by Accountability Initiative, a New Delhi-based advocacy. For instance, Bihar has allocated 80 per cent of its SSA funds to “teachers” in 2016-17, up from 70 per cent in 2015-16 but 57 per cent of government teachers were professionally trained in that year, while 34 per cent teacher posts were vacant in 2016, according to government data.

“High focus states allocate large amount to social sector to improve their indicators, but in reality they spend a small amount as compared to what is allocated,” Avani Kapur, a senior researcher at Accountability Initiative told IndiaSpend. “Hence it is necessary to consider actual accounts in order to know the proper outcomes.”

Though Assam, Chhattisgarh, Madhya Pradesh and Uttar Pradesh increased money spent on education as a proportion of the total social sector budget, learning continued to lag behind more developed states such as Maharashtra and Kerala.

Further, even though the quality of education hasn’t improved, some of these states have shifted their focus from education. Spending on education as a proportion of total social sector spending fell in five of these states — Bihar, Jharkhand, Odisha, Rajasthan and Uttarakhand — even as learning outcomes declined between 2010 and 2016, according to an analysis of Reserve Bank of India’s study of state budgets 2017.

Increasing public spending on primary education is likely to be more effective in raising primary education attainment in countries with good governance, according to a 2007 paper by researchers from World Bank, which looked at 91 countries. 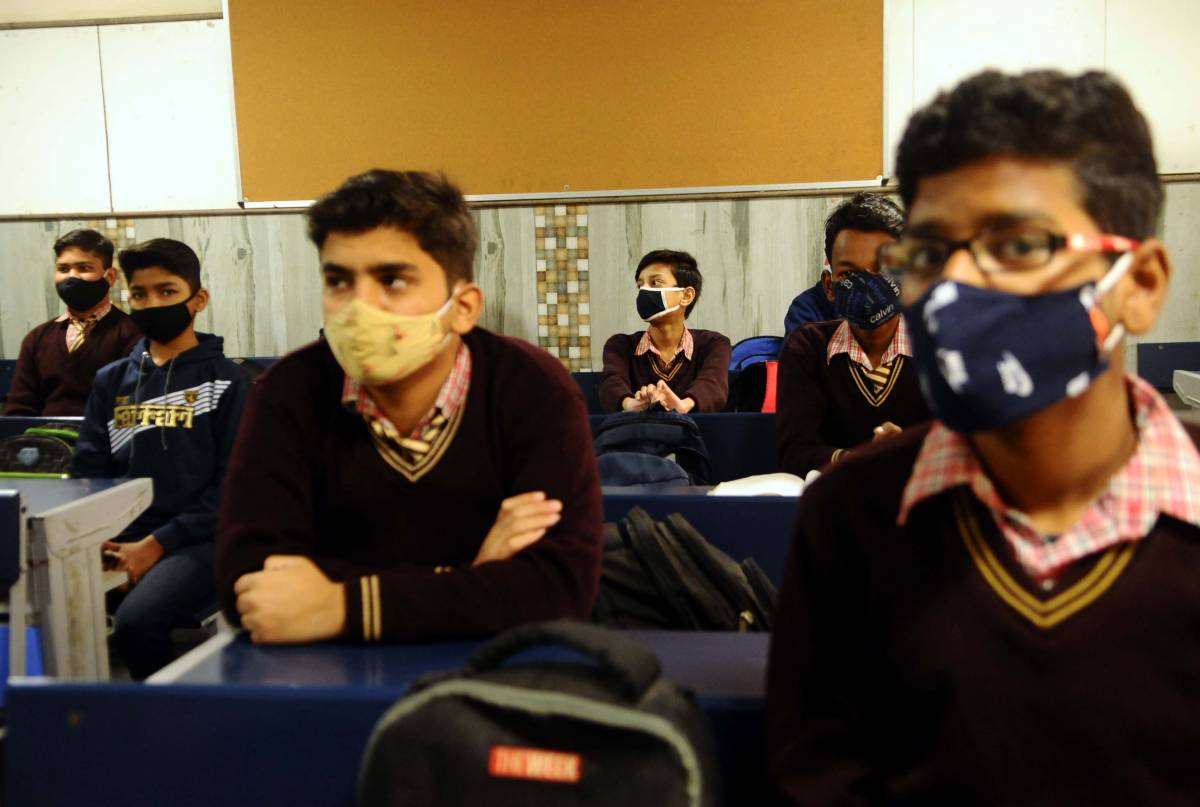 PICS: Students Back To Schools 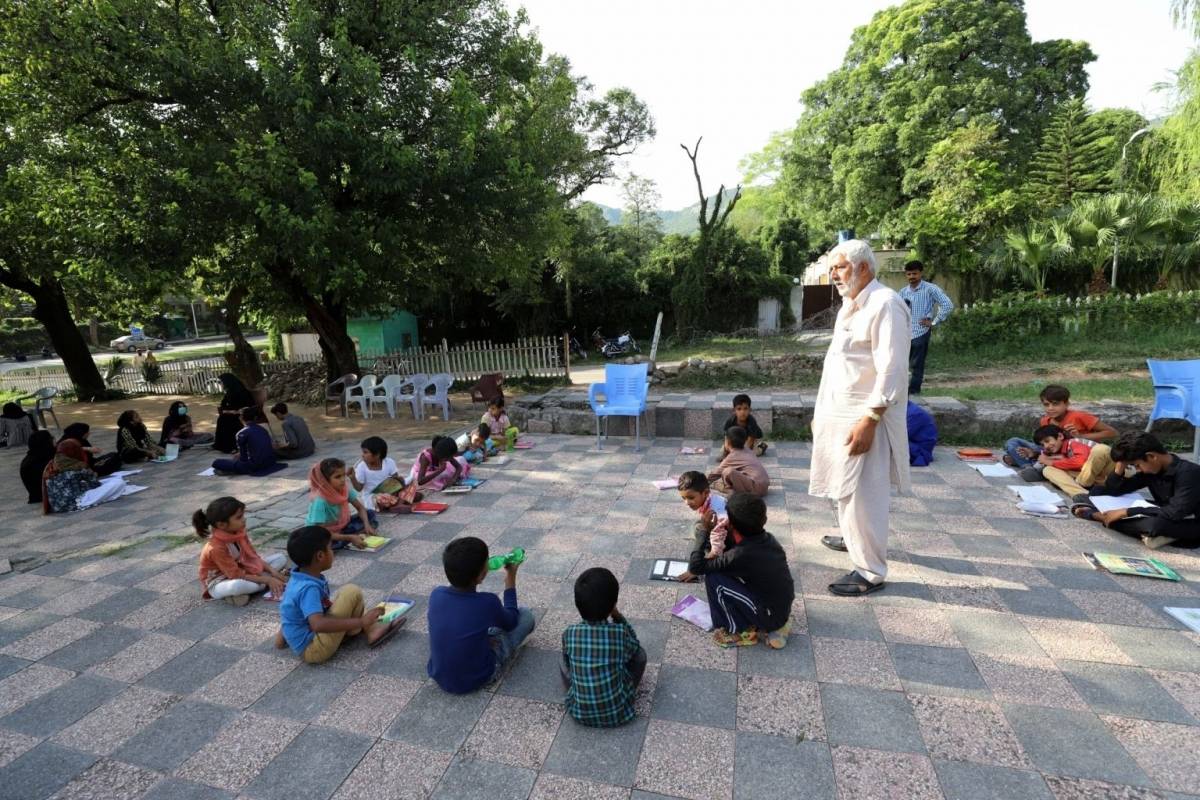