The Haryana government announced it has abolished the necessity of carrying original documents such as driving license, vehicle registration and pollution certificate…reports Asian Lite News 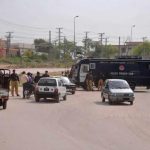 “Now, people can carry soft copies of their documents in DigiLocker or m-Parivahan mobile applications,” a spokesman of the Transport Department said.

He said that directions in this regard have been issued to all enforcement agencies.

“The DigiLocker would have two benefits. One it would be safe for people to keep their documents in DigiLocker and second they can show soft copies of documents when asked to produce by any officer concerned,” he said.

The spokesman said that the copies of documents kept in DigiLocker would be valid and no enforcement agency would deny accepting it as proof.