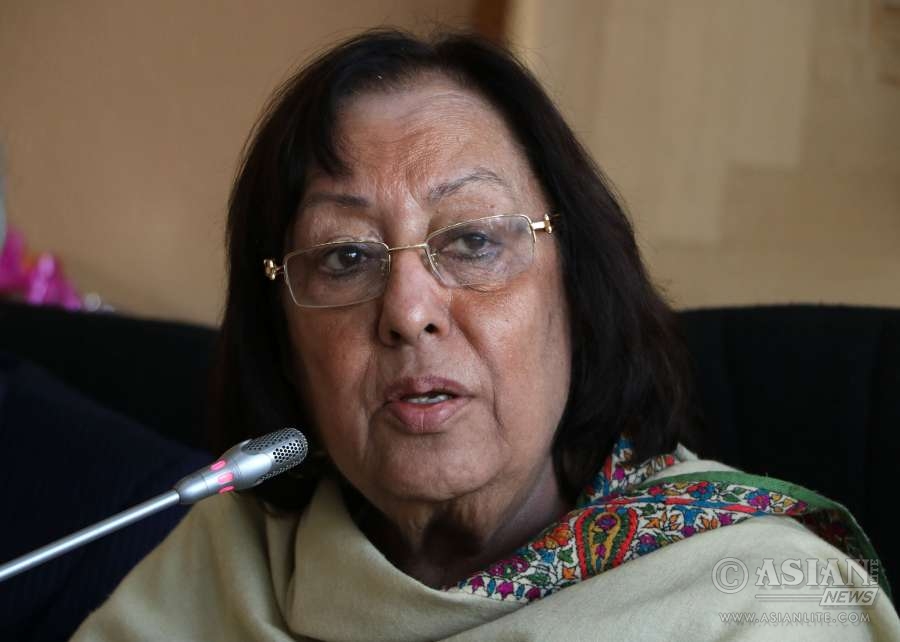 There should be no problem in saying ‘Bharat Mata Ki Jai’: Najma Heptullah. . . .  By Sushil Kumar

Terming the controversy related to chanting of ‘Bharat Mata Ki Jai’ as “unnecessary and uncalled for”, Minority Affairs Minister Najma Heptullah has said that there was nothing wrong in praising the motherland and religion has nothing to do with this.

“Whichever country is your ‘vatan’ (motherland) you should be loyal to it,” the minister told in an interview.

Heptullah emphasised that there was some politics behind the controversy and said she herself being a Muslim had no problem in saying ‘Bharat Mata Ki Jai’.

“By saying so I am not doing anything against my religion. My ‘imaan’ (faith) is not that weak. In fact there is no religion involved in it,” she said, adding that even Prophet Muhammad had endorsed this.

“I want to ask every Muslim where would they go after dying?” and answered: “It’s their motherland which would take them in her arms.”

The minister, however, said that there are different ways of showing or expressing loyalty towards the nation.

Commenting on yoga guru Baba Ramdev’s controversial statement where he had said that he would have “beheaded” those who refuse to chant “Bharat Mata Ki Jai” if the law of the land was not there, she said people should refrain from making such comments.

“My freedom of speech must not hurt anybody. We should be careful,” she said.

Asked whether these kinds of statements, which often come from various leaders of the BJP and other people related to it, affect the working and moral of the Modi government, the minister said she was “focused” and other ministers and functionaries were also busy doing their work.

She accused the previous UPA governments of “doing nothing” for any of the minority communities and said they were busy labelling Modi as anti-Muslim.

“Whatever was to be done (for minority communities during Congress-led governments) was not done,” she contended.

Heptullah said 8.6 million scholarships were given to students of minority communities and she was inspired by Modi’s vision for the development of Muslim community — that he would like to see a copy of the Quran in one hand of a madrasa student and a computer in the other hand.

The minister also said that 27 madrasas are working with the central government’s skill development programme.