To revive the rural economy amid the coronavirus pandemic and to increase the life expectancy of the elderly, Himachal Pradesh Chief Minister Jai Ram Thakur, here on Monday, launched a unique rural plan and linked it to three central schemes, including Mahatma Gandhi National Rural Employment Guarantee Scheme (MGNREGS).

Under the community development programme named Panchawati, in the first phase, 100 parks and gardens will be set up in rural areas by involving local populace in this financial year.

In five years, the parks and gardens, developed on the minimum 760 sq metre government land, would be commissioned in all 3,226 panchayats, Lalit Jain, Rural Development and Panchayati Raj Special Secretary, told IANS.

He said the land donated by people would be used to develop a park or garden with ayurvedic and medicinal plants. 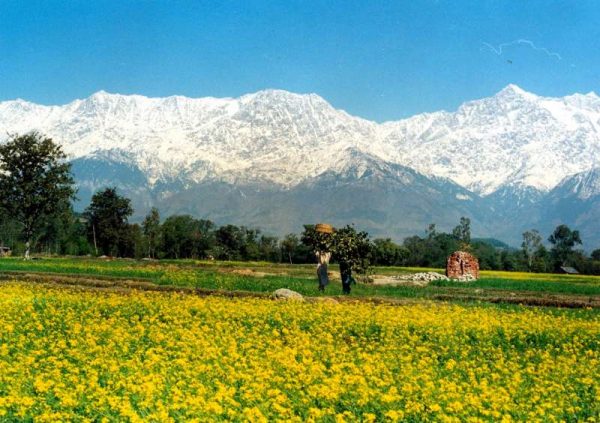 Besides MGNREGS, the project will get budgetary support from the 14th Finance Commission and the Swachh Bharat Mission (Gramin). “Work on 15 parks has begun with the help of local labourers, who have been provided daily wages from MGNREGS,” Jain said.

For installing exercise machines, funds will be arranged from the Finance Commission, and the Swachh Bharat Mission will set up one toilet in each park and do campus beautification, like making graffiti.

The Chief Minister had announced the scheme in his budget speech for this fiscal. Each park will have 500-1,000 metre concrete trek. Women self-help groups (SHGs) based in the area will be allowed to sell their products there.

While the battle to contain coronavirus is on, the state government is focusing energy on the revival of economic activity. The Chief Minister said the Covid-19 scenario had forced the policymakers to rethink and reformulate policies and programmes with a focus on rural development.

The scheme’s objective was to provide the opportunity to the elderly to spend their leisure time in these parks and gardens, he said.

Since 90 percent the state’s population reside in rural areas, the government is focusing on rural-oriented policies to accelerate the pace of development there.

According to Economic Survey 2019-20, 181.74 lakh man-days were generated under MGNREGS by providing employment to 447,773 households in the state. The state has 2,191 bank branches. More than 77 per cent of them are in rural areas.

The SHG movement has spread across the state and is now on a firm base. It has been upscaled with support in the human resources and financial products.