If you are looking for an escape from the cacophony of maddening city life, head to this tiny village located in the lap of Banjar Valley in Kullu district. Pristine and undisturbed, serenity and calmness linger in the air of Jibhi, a lesser known destination in Himachal Pradesh….writes Somrita Ghosh

Ever wondered how serene and soothing mornings can be? Imagine waking up to a misty morning and watching a bunch of clouds trapped between high and erect mountain ranges with sudden drizzles! There can certainly be no better way to start a day in this tiny Himalayan hamlet.

This village is not exactly a tourist destination, which is perhaps the best aspect about this place that may appeal to travellers. What this village offers is peace — no sign of commercialisation — it has ability to propel the raw appeal of nature’s beauty and will never fail to offer the solace you are probably seeking. The virgin village, which stands an hour away from the Great Himalayan National Park, is an abode of mother nature’s blessings, a sheer token of beauty, that will hypnotize the very moment you touch down the valley.

Just walk down a few extra miles along the curvy roads where maple leaves pave a carpet and sudden showers frequently lash down. Surrounded by hills on all sides, the tall deodar and pine trees towering on the hills dwarf the tiny surrounding huts. As I proceeded along the path — full of promise and excitement — there was a symphonic harmony in the silence that the valley offered. The constant crackling sound as the Beas river rushes along, as also the rapturous call of the cuckoos and sweet melodies of other little birds, left me enchanted.

As the sun settles down behind the hills and the tops blush in a reddish hue, warm yourself over a cup of tea or set up bonfire. With the night’s arrival, the entire valley adorns a different look, especially if it’s full moon time. There is nothing more blissful than watching it shine bright, casting a shimmery silver shadow over the hillsides. 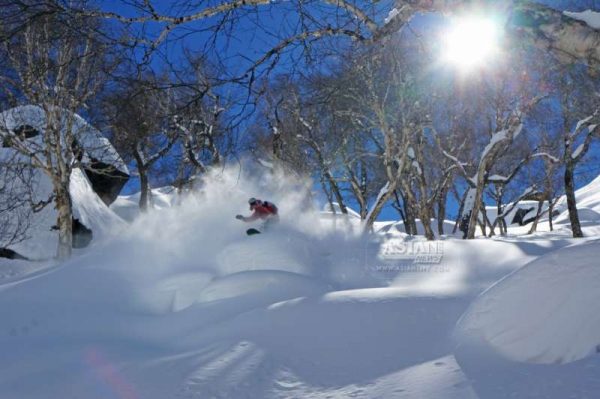 Praising Jibhi only for its scenic charm will be injustice as the place has more in store for travellers. Take a day and trek to the Jalori Pass. And a slightly tedious trek of around five-six kilometres will take you to the Serolsar Lake. What will also enchant you is the walk amidst the path wrapped in a thick blanket of mist and fog while the pine and deodar trees rustle with the passage of chilly winds through them.

Himachal Pradesh is also home to rich architectural structures, most of which usually go unnoticed. The peculiar identity of Himachali monuments lies in their unique craft and woodworks. Go for a stroll across the Chaini village, some four kilometres from Jibhi, and you will encounter a slightly tilted Chaini tower. Opposite to it stands a Krishna temple which has been converted from an almost ruined Chaini Fort.

Trout fishing is another attraction for the travellers over here. Although you need permission, the guest-house authorities will easily be able to help you in procuring it. One can also get the permit from the Fisheries Office near Banjar.

Accommodation in the village is pretty affordable; from luxurious cottages to cheap homestays, there are a lot options for travellers. You can even set up your tent (you’ll have to take your own) near the river bank.

However, don’t hope for a good restaurant. If one is looking for fancy meals then Jibhi is perhaps not the place to be. JD’s Cafe in upper Jibhi and Dolli’s Guest House in lower Jibhi are some exceptions that serve delicacies to the visitors.

Extremely stiff and too many sharp turns make the road from Aut quite an adventurous ride. Although the road is smooth, it is advised to have an experienced local driver at the wheel.

Reaching there: Take the Mandi-Manali route and divert from Aut. If travelling by bus, take any which is till Kullu or Manali and get down at Aut, and take another bus till Jibhi.

Time taken: From Delhi, it takes around 14 hours.