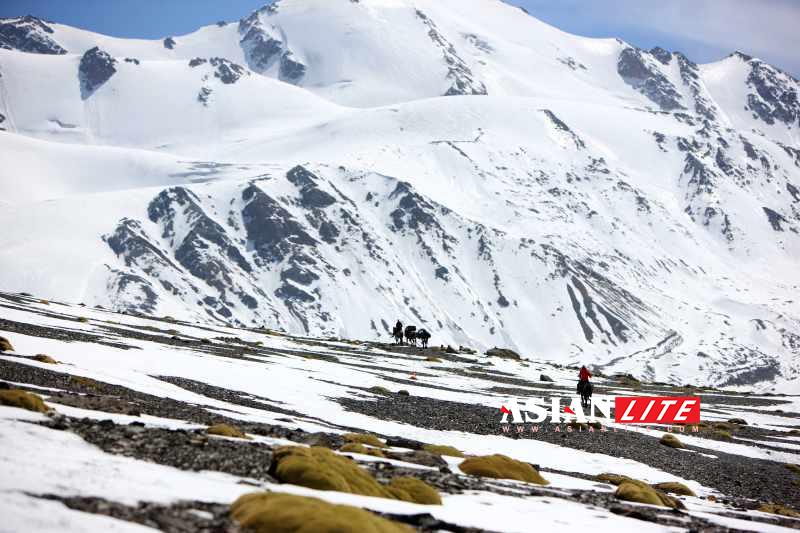 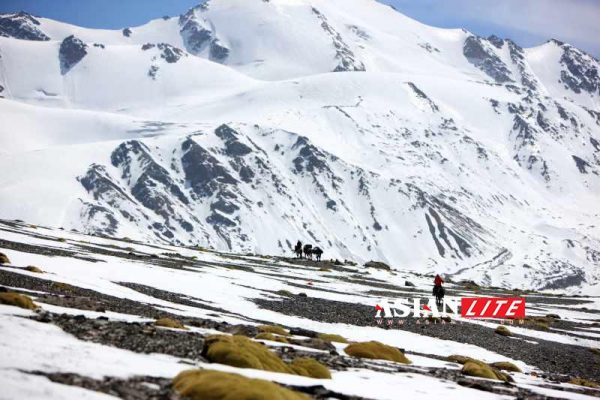 Large-scale littering in the Himalayas by trekkers and campers have led to Himalayan brown bears — a critically endangered species close to extinction — being drawn to human detritus and losing their natural abilities to hunt. Conservationists say such bears rescued recently from different regions of Jammu and Kashmir will never return to the wild.

One such “conditioned-animal”, a nine-month-old brown bear, was found running haywire with its head stuck in a food-can at a campsite for Amarnath pilgrims and hikers in Panchtarini in September. The cub was rescued by the state wildlife protection department, airlifted to Pahalgam and kept under observation for almost two months.

Last week, around December 24, the officials finally sent it to the permanent care of a bear rescue centre run with the help of animal welfare organisation Wildlife SOS, where it will spend the rest of its life.

“The bear seemed to be an orphan and was living off kitchen waste and garbage. They are opportunist feeders and since there is no proper disposal of kitchen waste, especially at the campsites, they become habituated to this, ultimately losing their natural instinct to hunt,” Wildlife Warden (Sourth Division) Intesar Suhail told IANS.

Besides, due to its dependency on the garbage, experts also fear the hostility of people as another threat the bears face.

According to Suhail, this is not the first such instance and he had witnessed several bears living off and wandering around garbage in Dras, the Himalayan gateway to Ladakh, most of which were dumped around army camps.

As in the rest of India, solid-waste management is also an issue in the Himalayan state with summer capital Srinagar alone generating about 450 tonnes of municipal waste every day. Now, this is also affecting the wildlife.

Good hunters and heavy eaters, brown bears stay with their mothers for the first two-three years and, before going into hibernation in winter, eat to their full potential. However, once they begin losing their natural instincts due to alternative and easily-available food sources, they stop hibernating.

“Only wild bears hibernate for about four months as food is limited in winter. However, those under care or those who have become highly dependent on human food waste or crops do not generally hibernate because they are getting their full quota of food,” Pankaj Chandan, head, Western Himalayan Landscape at WWF, told IANS.

Speaking of the shift to alternative food, he said there’s no scarcity of the brown bear’s prey-base, which includes bharal or blue sheep and even ants.

Alia Mir, Wildlife SOS Manager in Kashmir, said that even if the nine-month-old is sent back to the wild, it will perish as it’s too dependent on the human-produced garbage.

“There is no estimate to their population,” Imtiyaz Ahmad Lone, Wildlife Warden (Central Division), told IANS.

Lone, on December 27, “re-rescued” a three-year-old Himalayan brown bear from Sonamarg after the animal was found raiding crops, killing livestock and wandering around the human settlement.

The bear was earlier rescued in October and released into the wild far away from where it was rescued. It, however, returned, Lone said.

“The bear got used to feeding on manure. Such animals lose their natural instincts and their chances of living in the wild are bleaker. Their ability to find food through hunting is lost,” Lone pointed out.

He added that under the Wildlife Protection Act, the priority should always be to return a rescued animal to the wild, but this is not always the option in Kashmir, especially with “seasoned bears”, both black and brown.

“It returned and we had no other option but to send it for permanent care at the rescue centre at Dachigam National Park,” Lone said, recalling that years back, two more Himalayan brown bears were rescued and sent to permanent care. Later they died of old age.

Now, living their life away from wild, in two different high-care rescue centres, the nine-month-old bear will share its space with two Himalayan black bears at Pahalgam while the three year-old-will live along with four others at Dachigam.

According to vets, a Himalayan brown bear may live up to 35 years in captivity and about 27-30 years in the wild. Apparently, the rescued ones will have at least three decades to adapt to their new living arrangements.