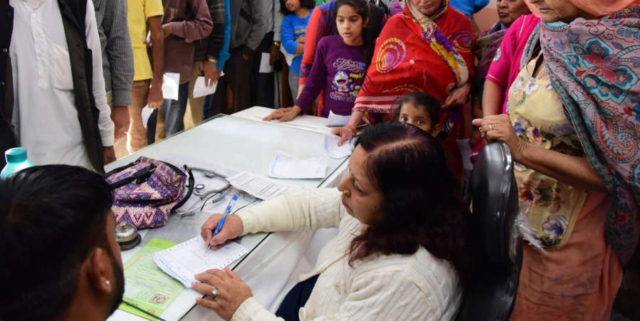 More than 2.9 lakh doctors, all members of the IMA goes on a 12-hour nation-wide strike from dawn to desk, to protest against the National Medical Commission Bill. Doctors of the Kerala Health Services also joins the protest, boycotted outpatient services for one hour in the morning….reports Asian Lite News

The Kerala Chapter of the Indian Medical Association (IMA) has decided to join the nation-wide ‘black day’ observation called by the organisation in protest against the Central government’s decision to introduce the National Medical Commission Bill in Parliament.

The IMA, in a statement said that, all hospital services, except emergencies, would not function. The Kerala Government Medical Officers’ Association announced that it would join the “medical bandh” called by the IMA.

Kerala doctors boycotted the outpatient services for one hour from 9.00 am to 10.00 am.

“I was being examined by a doctor and mid way, other doctors came and pulled my doctor away. I am now waiting for the doctor to return. This is very cruel,” said a woman at the state-run General Hospital.

“We have been forced to protest as we have no other option,” said state Indian Medical Association Secretary N.Sulphi to the media.

IMA functionaries said that the provision permitting practitioners of Ayurveda, Unani, Siddha, and Homeopathy to practise modern medicine through a bridge course would adversely affect the public health system.

They added that the move to introduce a licence test for medical graduates will reduce the clinical expertise of doctors.

They also said that the plan to remove restrictions on fee at private medical colleges would make medical education costly. The proposed procedures in the Bill for obtaining licence for medical colleges will breed corruption, they pointed out.