India is formulating a policy on maintaining and sharing science infrastructure so that R&D facilities do not remain limited to academia but are also accessed by industry, according to a senior bureaucrat of the Union Ministry of Science and Technology….A special report by Sahana Ghosh for Asian Lite News

“The idea is to create infrastructure which becomes shareable, which becomes sustainable and is also accessible to our industry. A whole lot of scientific infrastructure is not available to our industry. We are going to come up with a policy this year, about maintaining, sustaining and effectively using scientific infrastructure in a shared way,” Ashutosh Sharma, Secretary, Department of Science and Technology, said in an interview on the sidelines of a DST Conclave here in Kolkata.
A web portal is being envisaged to implement the policy, Sharma said.

“Indian institutes have R&D labs. We will tell people about the models by which they can share the infrastructure in a transparent way. So in a website, anybody can book a slot and put in a request to access instruments in different labs,” he explained.

Talking about broad contours of the policy, he said it would also aim to reduce redundancy and duplication of scientific equipment in institutions.

“Since it’s a policy, not a law, the challenge lies in implementation. We have to make people aware of the idea contained in the policy, let them see the value for themselves. That’s the only way,” he said.

One example of such infrastructure sharing is the EU-funded PAERIP project to share resources between Europe and Africa. PAERIP created the first-ever inventory of research infrastructure in the two continents.

At the DST Conclave, where the ministry took stock of the R&D situation across institutes, Sharma also flagged a key issue: The lack of coordination among institutions.

“One issue is coordination among institutions where they are doing similar things. So it makes sense for them to do it together. The new policy on sharing infrastructure will also help in that direction,” he said.

In addition to the science infrastructure policy, a major thrust this year would be on the Interdisciplinary Cyber Physical System (CPS) programme.

CPS is a mechanism controlled or monitored by computer-based algorithms, tightly integrated with internet and its users.

“This year we will start a new programme in cyber physical systems which includes deep learning, smart machines, machine intelligence, IoT (Internet of Things), etc. We have to start making preparations for it now in terms of generating capacity, human resources and infrastructure,” he said. 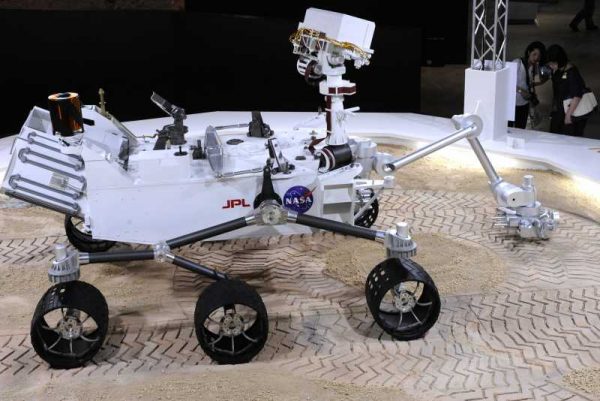 In addition, Sharma said, India has initiated collaboration on cyberspace with Israel, IoT & BigData with Japan, robotics and advanced materials with South Korea.

“Much more is in the pipeline in emerging areas of research,” he said.

To shore up the number of women in IITs, Sharma said 50,000 girls in high schools will be prepared for admission in technical training institutes.

“We are targeting 50,000 girls in high schools, a certain percentile from the top, to prepare them for leadership positions in IITs, especially in those institutes where representation is low. It’s not only technical training but also looking at the cultural aspect.

“Often, women are thinking maths is not really for them while their parents don’t want to send them away from home and there are the expenses involved. So we have to look into all these aspects,” he added.